Australia is Committed to a Peaceful and Secure Pacific 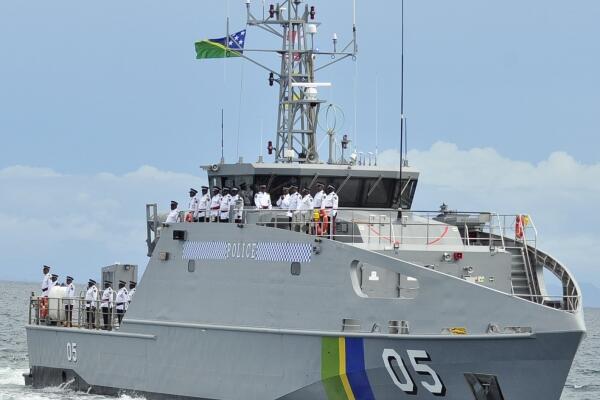 The new facility is a sovereign Solomon Islands asset, and will be owned and operated by the Solomon Islands Government.
Source: File
Share
Wednesday, 22 September 2021 17:43 PM

Australia is committed to the security and prosperity of the Pacific and wider Indo-Pacific region.

Solomon Islands is a partner and close friend of Australia, underpinned by a transparent, honest relationship of mutual respect between two sovereign and independent states.

Alfred Sasako’s article on 21 September (‘Will it be used as a nuclear-powered submarine base’) has no basis in fact.

As both Prime Minister Sogavare and Prime Minister Morrison have said, the Western Border Patrol Outpost is a critical, infrastructure project to boost Solomon Islands’ border and maritime security.

The new facility is a sovereign Solomon Islands asset, and will be owned and operated by the Solomon Islands Government. It is not an Australian military base and there is no intention to use it as a ‘nuclear-powered submarine base’.

It will bring together Solomon Islands police, customs and immigration officials in a single location to reinforce the security of Solomon Islands’ western border.

Australia remains a strongly committed member of the Pacific family. AUKUS will create an enhanced security partnership between Australia, the United Kingdom and United States that will allow us to better share technology and capability. It is not a defence alliance. AUKUS complements the Australian Government’s network of partnerships, including with our Pacific family.

In a rapidly changing strategic environment, Australia’s participation in AUKUS will strengthen our ability to work with regional partners in support of regional stability and security, within the rules based framework on which our collective prosperity is built.

As a three-ocean nation dependent on seaborne international trade, Australia requires cutting edge naval capabilities. The first initiative under AUKUS is to support Australia to acquire nuclear-powered submarines for the Australian Defence Force. The establishment of AUKUS enables Australia to leverage nuclear powered submarine expertise from the United States and the United Kingdom, building on decades of experience in their respective submarine programs to greater support our allies in the Indo-Pacific.

We remain steadfast in our support of the nuclear non-proliferation regime and are committed to continuing to meet our obligations under the Non-Proliferation Treaty and the Treaty of Rarotonga. We will ensure our actions, especially in relation to the management of nuclear material, are consistent with our international obligations and comply with the highest operational safety standards.

Australia is striving to retain an inclusive regional order where the rights of all states are respected. Australia is a strong proponent of a rules-based maritime order. We support all countries being able to exercise their rights and freedoms consistent with the UN Convention on the Law of the Sea.