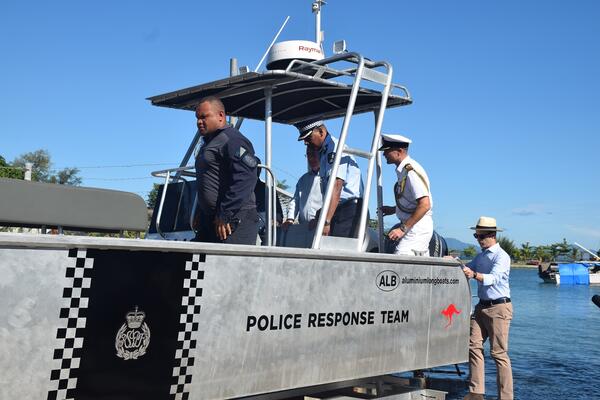 There are concerns that the border region of Bougainville and the Shortland Islands West of the Solomons is quite vulnerable given its close proximity.

Such concerns are heightened with the detection of sixty-three cases of covid-19 in Papua New Guinea with two deaths so far. There is also a spike in the national capital Port Moresby – and testing has been extended to more parts of the country.

Minister of Police, National Security and Corrections, Anthony Veke, on the floor of parliament on Wednesday, said securing the country's western border was an immediate priority.

"Border Security, particularly [at] the Solomon Islands PNG border, is important more than ever to be tightened up given the high risks of infections from PNG into our borders...my ministry and other law enforcement agencies are prioritising our operations at the border."

Veke said the biggest difficulty for police was a lack of watercraft and other mobility assets to patrol the border.

He said the two new boats from Australia is a welcome boost to our border monitoring efforts.