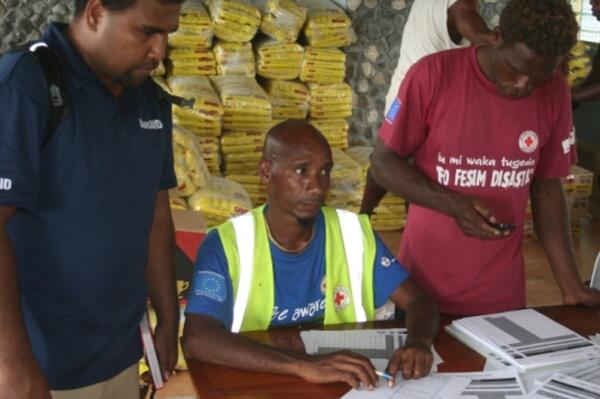 Australia has continued to support the Solomon Islands Government and NGOs in disaster relief efforts following the devastating earthquake and tsunami last week.

“Following a formal request from Solomon Islands Government, Australia’s initial aid contribution of A$300,000 (SBD $2.25 million) supported the emergency response which helped to deliver food and medical supplies to Temotu. In addition, aerial reconnaissance of was also undertaken over the disaster-affected areas,” Mr Anderson said.

“This early aerial reconnaissance by the Royal Australian Air Force allowed NDMO to assess the full extent of the disaster, and allowed officials and first responders to concentrate their effort where it was most needed.”

Mr Anderson said two AusAID officers deployed to Lata on the first available flight, just 48 hours after the tsunami. During the past week, they have assisted authorities and NGOs to coordinate local response and distribution activities.

“Our thoughts remain with communities affected by the disaster and Australia will continue to work with the Solomon Islands Government, NGOs and partners to support both the emergency relief and also to assist with the longer term recovery work,” Mr Anderson said.

“Under our bilateral Partnership for Development with Solomon Islands, additional Australian assistance is being considered for this longer term recovery following NDMO advice and feedback from NGOs through damage and needs assessments of the affected areas.”

Mr Anderson commended the work of the NDMO and NGOs responding to the disaster.

“The relief effort is made more difficult because of the remote location of the Santa Cruz Islands and the two-day sailing time to the area, so getting help to affected areas is a major logistical and coordination challenge. The Provincial team, under the leadership of Fr Brown Beu, the NDMO and NGOs have been doing a remarkable job,” Mr Anderson said.

-A$50,000 to the Solomon Islands National Disaster Management Office for aircraft fuel and logistical support

With further assistance from the DCP, the Lata will remain in Santa Cruz for up to 14 days, to assist where needed.