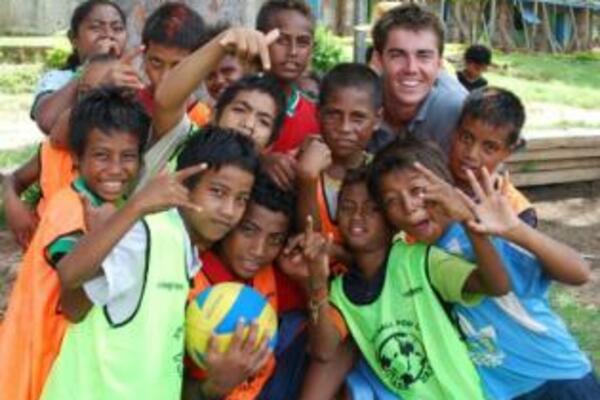 The Solomon Islands Volleyball Federation (SIVF) has commenced its 'Volleyball in Schools' development program with the support of a SBD$75,000 grant from the Australian Government under the Australian Sports Outreach Program (ASOP).

Successful training camps and competitions have already been held in Rennell-Bellona, Western Province and Choiseul.

This is the second time that SIVF has received an ASOP grant, and reflects SIVF's and Australia's combined interests in promoting this popular sport in Solomon Islands.

At the launch of the second stage of the program in Gizo, Western Province, Australian High Commission representative, William Ewing, said that Australia was pleased to support programs which would encourage young children to exercise, enjoy sport, and improve their health and well being.

During her recent visit to Choiseul, Australian Deputy High Commissioner, Alison Duncan, participated in the third stage of the program in Taro. She was impressed by the enthusiasm and natural sporting talent of the young players, and was pleased that the grant had increased the capacity of SIVF to extend its promotion of volleyball to remote parts of Solomon Islands.

The next stage of SIVF's ASOP program will take place in Temotu Province in June.