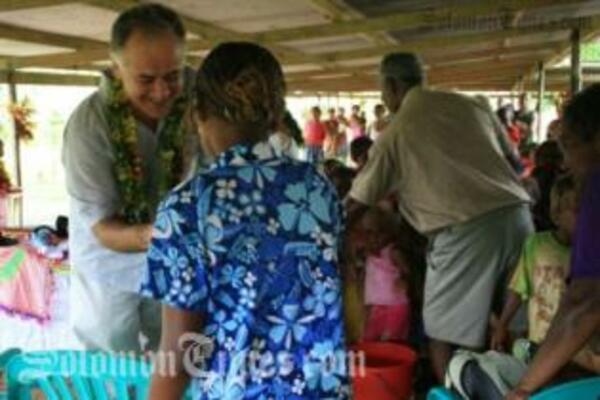 The water tanks were made possible through the Direct Aid Program (DAP), funded by the Australian Government.

Mr Ingruber visited Lilura Primary school to meet staff, students and parents who will benefit from ready access to clean drinking water from the water tanks.

In his appreciation speech, Chief John Selwyn Hiro, conveyed his community's gratitude to the Australian Government for the assistance they have provided. He saidt the water tanks will benefit and provide clean drinking water to the students of Lilura Primary school as well as the community of Huali village.