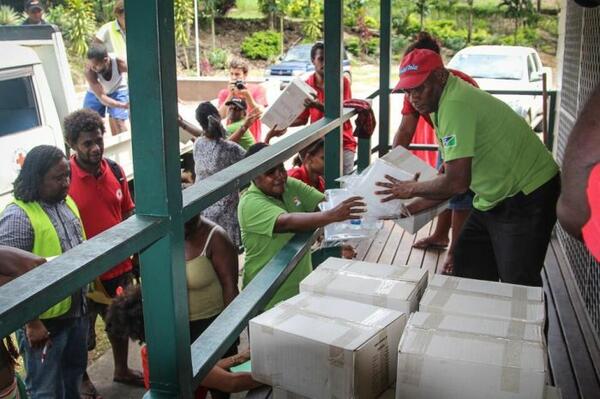 As many as 40 people are still missing in the capital, Honiara, after the Mataniko River burst its banks on Thursday following days of heavy rain.

Flash flooding swept away entire residential districts and destroyed many bridges and roads.

"The Solomon Islands Government has informed us that this is the worst flood disaster they have experienced in their capital, Honiara," Ms Bishop said in a statement.

"Extensive damage to roads and other infrastructure has so far hindered efforts to assess the needs of communities outside Honiara.

"The travel advice for Solomon Islands has been updated to reflect the flooding and is reviewed regularly."

An estimated 12,000 people have been affected by the flooding in Honiara and 37,000 affected in Guadalcanal Province, according to the the United Nations Office for the Coordination of Humanitarian Affairs (OCHA).

Ms Bishop says Australia's total package of $3 million will help with the immediate needs of those affected.

"I have spoken to Prime Minister Lilo this evening and informed him of the new package; the $3 million package overall, and the new $2 million to address the immediate shelter, water, health needs; and also the $600,000 to support the Solomon Islands Government," she said.

"He was delighted I must say. He was quite touched, he seemed quite emotional. He's under a lot of pressure as you can imagine."

"The additional funding will be used to provide relief supplies and help restore health, water and sanitation systems - it is now clear that these are areas of critical need," he said.