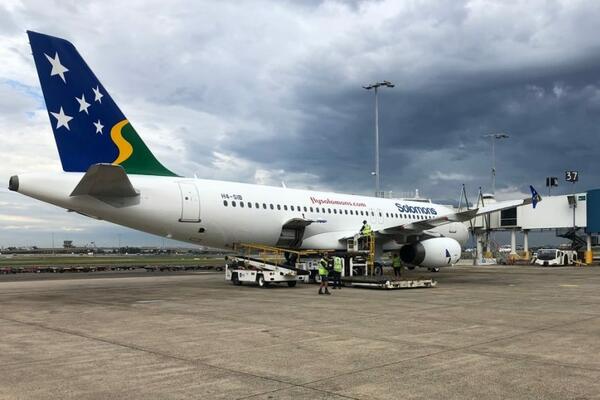 The clarification comes amidst speculations in the social media.
Source: File
Share
Thursday, 28 May 2020 21:40 PM

Attorney General John Muria Junior has clarified that the seven people that were exempted upon arrival during the first repatriation flight early this week were Australian based aircrew.

Mr Muria said the seven people were exempted under the Emergency Powers (COVID-19) (NO.2) Regulations 2020.

“It must be made clear that the seven people were Australian based aircrew and not as what people have misinterpreted and falsely shared especially on media,” he said.

The Attorney General further explained, foreign diplomats and Technical Advisors were only exempted to enter the country but are undergoing mandatory quarantine.

“Except for the aircrews, all diplomats and technical advisors are subjected to quarantine for 28 days with no exception. This must be made clear,” he said.

He said the diplomats and technical advisors are here to assist the Government in the fight against COVID-19 and some to work on Government programs and projects such as Tina Hydro, Airport Upgrades and Pacific Games 2023.

The clarification comes amidst speculations in the social media.

“The Government has nothing to hide. The fact that the names of the foreigners are published and gazetted in the Orders mean there’s no secret. In fact, it is a public document that has been misinterpreted for reasons unknown,” he said.

Meanwhile, the Attorney General has called on the media to be responsible in their reporting.

“There are always two sides to a story. And the media has an obligation to report with great responsibility. What happened to the media code of ethics?” he said.

Mr Muria said the Government has nothing to hide and media are encouraged to enquire with responsible authorities including the Oversight Committee for clarifications before publishing related stories.