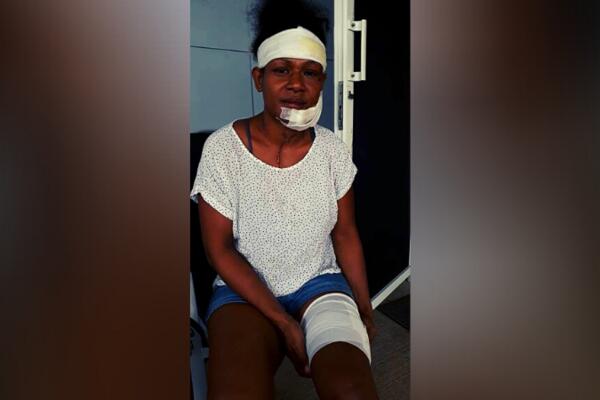 “Whilst this incident occurred in Papua New Guinea, gender-based violence is a common issue throughout Oceania faced by many athletes.”
Source: Loop PNG
Share
Tuesday, 09 June 2020 08:12 AM

Kaore has represented PNG in Rugby 7s, Rugby 15s and Boxing, winning medals at the Pacific Games, including a Gold Medal at the 2015 Pacific Games.

“The International Olympic Committee’s (IOC) commitment to protecting human rights is codified in the Olympic Charter,” Chairperson of the Commission, Karo Lelai explained.

She said, furthermore, the IOC is at the forefront of the fight to eliminate and prevent violence against women and girls through sport.

“The IOC recognizes that in order for that to happen, the Olympic value of Respect must be practiced at all levels by every one of us. Respect is very much an integral part of our Pacific heritage but is being eroded as we modernize,” she said. “Whilst this incident occurred in Papua New Guinea, gender-based violence is a common issue throughout Oceania faced by many athletes.”

Lelai added that ONOC recently adopted the IOC’s ‘Athletes’ Rights and Responsibilities Declaration’ which safeguards and promotes the protection of mental and physical health and the protection of abuse and harassment of athletes.

“We advocate for a culture that respects and protects the rights of all athletes regardless of gender, race and other differences,” she said.

“A culture that affirms our roles and guarantees equal participation in our homes, the communities we live in and in society at large,” Lelai added. “The ONOC Athletes Commission hereby calls for justice to prevail in accordance with the laws of Papua New Guinea,” Lelai said.

Kaore is recovering from severe burns and wounds after she was brutally attacked by her partner during a domestic quarrel last Thursday.

PNG media report that Kaore and her three children are safe. The incident was captured on a mobile by a family member on the night it occurred and was trending on social media the day after.

An outraged public are now calling for “Justice for Debbie” on social media.

Kaore’s partner who is a lieutenant with the PNG Defense Force, has since been picked up by Military Police and stood down from his duties. It is understood that the matter is now with PNG Police and is subject to due legal process.

Similar statements condemning the incident have been released by the PNG National Olympic Committee, PNG Rugby Union and Oceania Rugby.