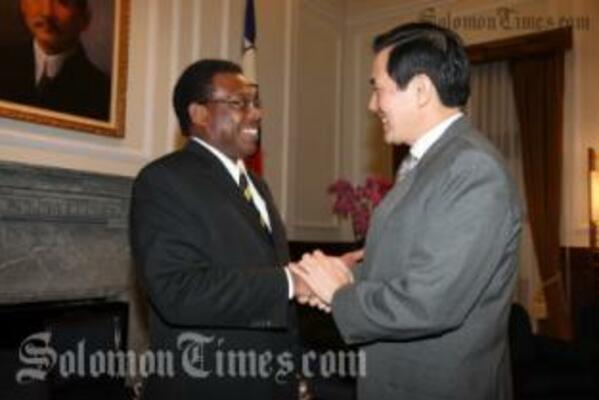 "It has certainly been a long trip but it was a successful one. It was cost effective and beneficial to Solomon Islands," Prime Minister Sikua told a media conference just after his arrival last week in Honiara.

"It is important that we remain engaged with our friends and partners in the region and globally. The challenged we face today such as financial crisis, climate change and environmental degradation, to name just a few, are issues that individual countries cannot address on their own. It requires the collective effort and commitment of all countries concerned," he said.

Dr Sikua said the trip with his delegation to Indonesia "demonstrates our political commitment to the Coral Triangle Initiative (CTI)" and that the presence of Solomon Islands at the highest level of representation shows to our partners and donor agencies that we do care about our marine resources and ecosystems.

"The PALM 5 Summit in Japan shows our commitment to work closely with the countries in the region and Japan to address the many challenges facing us".

"It shows that we value our relations with these countries and are serious in working with them to address these challenges," Dr Sikua said.

"What sort of signal do we send them or the region if we did not attend the Summit? I believe Solomon Islands will benefit from the funding support (50 billion Yen) announced by the Japanese Prime Minister for the Pacific Islands following the summit," Dr Sikua said.

Dr Sikua said it is also important to note that the actual benefits of such official engagements at this highest level usually come after.

He said his Cabinet Ministers and government officials will now need to work hard at their levels to follow up and ensure that Solomon Islands does benefit from the funding support that will be available for programs and projects for the CTI and the PALM 5 outcome and action plans.