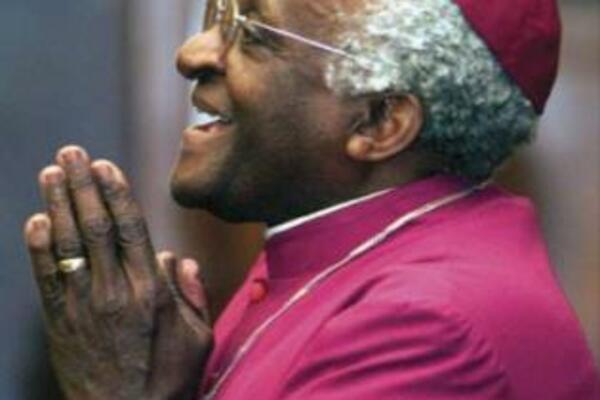 Archbishop Desmond Tutu remains much loved as a leading figure in the fight against apartheid in South Africa.
Source: tutufoundation-usa.org
Share
Tuesday, 21 April 2009 08:52 AM

Archbishop Desmond Tutu from South Africa will be launching the Truth and Reconciliation Commission, TRC, on April 29, 2009.

Permanent Secretary for the Ministry for National Unity, Reconciliation and Peace, Joy Kere, stated that Archbishop Tutu is expected in Honiara on April 28 and will leave on May 1, 2009.

Mrs Kere says the Solomon Islands government is very fortunate to have a visit from Archbishop Tutu who is a very busy man.

She says Archbishop Tutu will address cabinet, members of parliament and youth groups.

He will also speak at a rally at Lawsom Tama sports field.

Mrs Kere says government considers Archbishop Tutu's visit as timely, in light of the on-going efforts to address issues relating to the past ethnic tension.

She says government will rely on the vast experience of Archbishop Tutu in issues of unrest and reconciliation to set the tone of the TRC.

Meanwhile nominations for the Commissioners of the Truth and Reconciliation Commission closed in Honiara last week with a total of 54 Solomon Islanders being nominated.

The Executive Secretary to the National Selection Office for the Commission, David Tuhanuku, revealed the final number saying among the nominations is six women.

He says the names will be handed to Prime Minister Derek Sikua on Wednesday.

The Prime Minister then has two weeks to formally appoint the final three people.