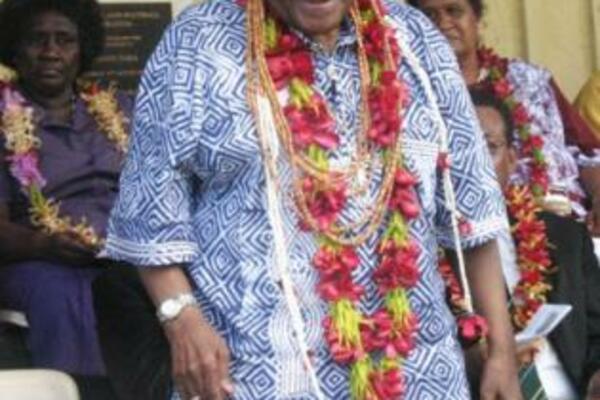 During his stay in Honiara Archbishop Tutu had brought a message of hope and forgiveness to Solomon Islands.
Source: Joanna Sireheti
Share
Friday, 01 May 2009 15:31 PM

Archbishop Emeritus Desmond Tutu from South Africa has left Honiara after an eventful three days' visit to the capital.

Prior to his departure at mid-day today Archbishop Tutu said that "he is confident that Solomon Islands will be successful in implementing its reconciliation programme."

During his stay in Honiara Archbishop Tutu had brought a message of hope and forgiveness to Solomon Islands.

He also launched the Truth and Reconciliation Commission on Tuesday this week and took part in various activities including meeting the Governor General, the Prime Minister and members of Parliament.

Archbishop Tutu said it was an honour for him to come and share his own experiences in the area of reconciliation and true forgiveness.

In the post Apartheid era of South Africa, Archbishop Tutu had chaired the South African Truth and Reconciliation Commission, which was the first Commission of its kind in the world.

He said there is conflict in many parts of the world, but after a while, people are able to have peace and reconcile with each other.

Archbishop Tutu said many people believed that South Africa will never have peace, but they were blessed because many people from around the world were praying for them and they were lucky to have someone like Nelson Mandela who helped unite the country.