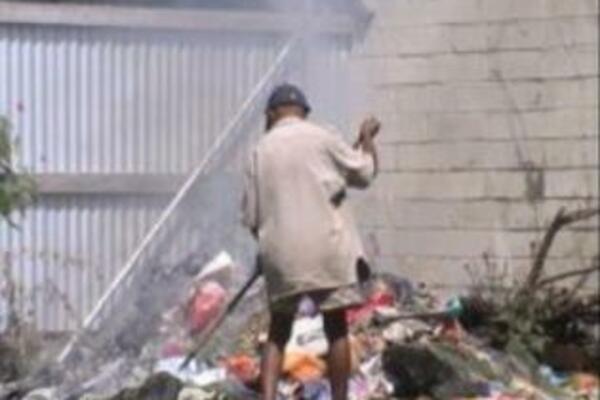 Despite the campaign the common site of rubbish and the lack of rubbish bins are still evident.
Source: STO
Share
Monday, 16 April 2012 09:23 AM

The Honiara City Council Chief Health Inspector, Tom Nanau stated that Solomon Island people do have an attitude problem with littering and there is still need for more awareness about the issue.

Mr Nanau says the Team will focus mainly on addressing this littering attitude as it seems deeply rooted in people in Honiara.

The Honiara City Council's Clean Up Day for the capital will be April 20.

Meanwhile, the Honiara City Council has called for cooperation from the Honiara public with its Litter Campaign.

He says their public appeal is to get support for the Honiara City Council as they carry out their litter awareness campaign in the city.

Mr Nanau says the focus is letting people become more aware of the health and economic importance of littering and what it does to the environment.