Another Life Lost from WWII Bomb 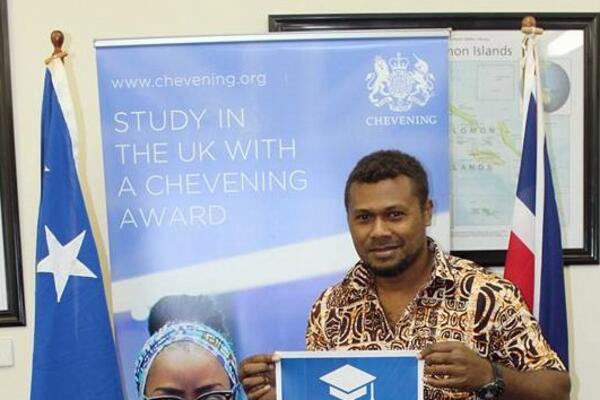 Charles Noda from Malaita province was an audit supervisor at Morris and Sojnocki Chartered Accountants Firm. He was admitted at the Honiara’s National Referral Hospital this past week with serious injuries.
Source: Supplied
By Georgina Kekea
Share
Monday, 17 May 2021 07:39 AM

The bomb explosion that occurred on Sunday 9 May 2021 has now claimed two lives.

Another victim of the UXO explosion in Honiara has succumbed to his injuries.

Charles Noda from Malaita province was an audit supervisor at Morris and Sojnocki Chartered Accountants Firm.

He was admitted at the Honiara’s National Referral Hospital this past week with serious injuries. He finally succumbed to his ailment on Saturday 15 May 2021 leaving behind his wife with four children.

Charlie as he was commonly known by family and friends was a recipient of the UK’s Chevening Scholarship. In 2018 under the scholarship he did his Masters in Forensic Accounting at the De Montfort University in England. Charlie was also a team leader for the youths of the Seventh Day Adventist (SDA) church. He was with his fellow youth colleague, the late Raziv Hilly, cooking for a fundraiser event when the incident occured. The late Raziv did not survive the bomb blast. He was laid to rest on Thursday 13 May 2021.

The unexpected blast of the UXO shocked most of Honiara residents. It is well known that there are unexploded bombs lying around the island from the war but none were prepared for a tragedy like this. The late Charlie Noda and late Raziv Hilly led exemplary lives and were on their way up in their professional careers, before their lives were cut short by the bomb explosion.

“We were deeply saddened to hear of the tragic incident in Honiara this past weekend and mourn the loss of life”, the US Embassy in Papua New Guinea has said of the bomb tragedy.

Two other survivors of the bomb explosion are still admitted at the National Referral Hospital.