Another Kwaso Raid by Police 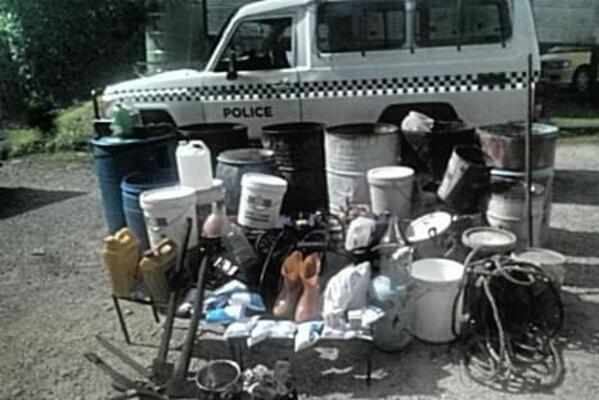 Officers of the Royal Solomon Islands Police Force (RSIPF) have confiscated 1,000 litres of kwaso in the Waste Water area of Noro in Western Province during a raid on Monday morning.

PPC Lenialu says, “Suspects have been identified and will be arrested as soon as investigations have been done.”

Members of the public are urged to support the police by supplying any information they may have on the whereabouts of the suspects involved in brewing the kwaso. You can contact the Noro Police Station on phone 61005.