Another Four Student in Philippines Test Positive for COVID-19 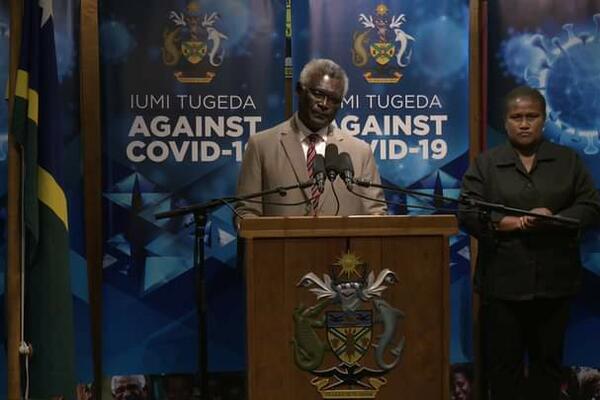 The total number of positive COVID-19 cases for students in the Philippines is now 18.
Source: Supplied
Share
Monday, 28 September 2020 17:15 PM

Prime Minister Manasseh Sogavare has confirmed that another four student studying in the Philippines have tested positive for COVID-19.

The total number of positive COVID-19 cases for students in the Philippines is now 18.

The test results are from the first round of testing. Three tests in total must be taken by all students intending to travel back to Solomon Islands.

Three charter flights have been organized by the government and will be operated by the Solomon Airlines. The first flight from the Philippines will now arrive on Tuesday 29th September 2020.

A spokesperson for the Oversight Steering Committee (OSC) says the rescheduling of the flight will allow our health authorities time to coordinate changes to the passenger list for the first and the second flights.

The OSC also indicated that the date for the 3rd flight might be shifted a little to ensure all our students that had tested positive and their contacts have adequate time to comply with our mandatory 3 consecutive negative tests before travelling home.

“The change of dates also suited Solomon Airlines as it has an approved scheduled flight to Brisbane on 30th of October with many passengers already securing connection flights to other destinations from Australia within 8 hours of arrival in Brisbane,” the OSC spokesperson stated.

The flight IE620/21 departed Henderson airport 10:00am today to Manila via Biak (Indonesia). It returns on the same route arriving in Honiara on 29th September 5:00pm.

A total of 144 students are expected to arrive on the first flight.