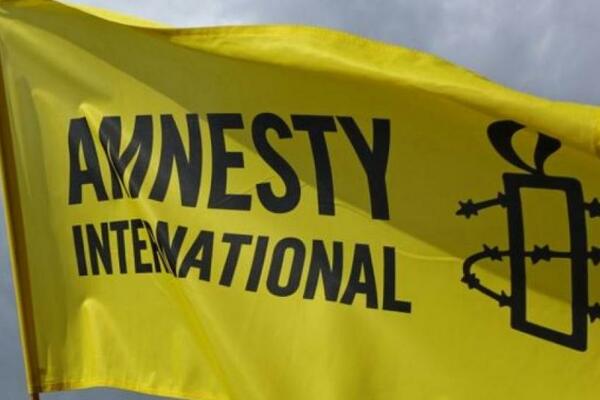 “If the Solomon Islands Cabinet has any respect for people’s rights, it should urgently rethink its decision to ban Facebook and allow everybody to peacefully express their opinions online.”
Source: geo.tv
Share
Wednesday, 18 November 2020 08:20 AM

Amnesty International has responded to the Solomon Islands government’s plan to ban Facebook because of the posting of alleged abusive or defamatory comments against government ministers.

“To ban a social media site simply because people are posting comments the authorities don’t like is a blatant and brazen attack on human rights. Protecting the sensitivities of government officials is not a justifiable reason to limit freedom of expression, which is also a right under the Constitution of the Solomon Islands.

“Given how important it is for people to quickly access information in the context of the COVID-19 pandemic, the government may not just place political discourse and participation at risk, but even lives. Total bans on websites or internet information providers will almost never be justifiable under international human rights law.

“If the government goes ahead with its plan to totally ban Facebook, it would be joining just three other countries which currently do so: China, North Korea and Iran. Given those nations’ dire record on upholding freedom of expression, this would be a damning indictment of the Solomon Islands’ attitude towards human rights.

“If the Solomon Islands Cabinet has any respect for people’s rights, it should urgently rethink its decision to ban Facebook and allow everybody to peacefully express their opinions online.”

The Solomon Islands’ Communication Minister Peter Shanel Agovaka said on Tuesday, 17 November 2020 that the country’s Cabinet had agreed to ban Facebook due to “abusive language against ministers and the prime minister” and “defamation of character”.

The ban is yet to come into effect and Agovaka said the government was “in discussion with the operators to work out how this can be done”.

The Solomon Islands’ Constitution protects the right to freedom of expression, including the right to receive and impart political ideas. Solomon Islands has not yet ratified the International Covenant on Civil and Political Rights, but as a UN member has undertaken to respect the rights as set out in the Universal Declaration of Human Rights.

The right to freedom of expression includes the right to be critical of a government and its policies. It may only be limited to the extent that is necessary and proportionate, for a legitimate aim under international human rights law, and complies with the principles of legality and non-discrimination.

Under international standards, banning the operation of websites or other internet-based information dissemination systems in the form of generic bans, beyond specific content, is not compatible with the human right to freedom of expression, as is the prohibition of a site or system from publishing material solely on the basis that it may be critical of the government.

The Solomon Islands is not the first Pacific Island country to look at banning social media sites in response to online criticism of its government.

In May 2018, Papua New Guinea banned Facebook for a month, sparked by concerns about fake user profiles.

In July 2020, the Samoan Prime Minister Tuilaepa Sailele Malielegaoi said he was thinking about banning Facebook because of defamatory comments and “dirty politics” against him.

The government of Nauru banned Facebook between 2015 and 2018 claiming it was to stop “bias and unsubstantiated reporting” after it came under intense international scrutiny for its treatment of refugees and asylum-seekers, and for criminal charges against opposition parliamentarians.