Ambassador McKee Provides Update on US Sanctions Against Russia 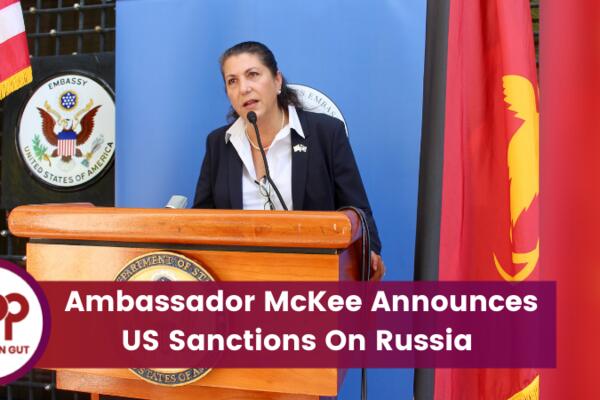 “The United States and our allies, partners and friends are taking action to hold Russia accountable."
Source: Loop PNG
Share
Friday, 11 March 2022 10:21 AM

As the world watches as the situation between Russia and Ukraine unfolds, the US has announced plans to cripple Russia’s financial sector.

US Ambassador to Papua New Guinea, Solomon Islands, and Vanuatu Erin McKee announced the sanctions to the PNG media this morning adding that NATO and its friends are united more than ever.

“The United States and our allies, partners and friends are taking action to hold Russia accountable.

“The US, United Kingdom, European Union, Japan and Canada have removed selected Russian Banks from the ‘swift messaging system’ and have imposed restrictive measures on the Russian central Bank," Ambassador McKee said.

She also relayed recent announcement by US President, Joe Biden imposing financial sanctions and stringent export controls that will damage the Russian Economy and cripple their access to innovative technology.

Ambassador McKee also announced that the US is coordinating with oil producing, consuming countries, and energy companies to look into the current supply energy to the market situation, particularly as prices increase.

In the recent Parliament sitting, Prime Minister James Marape said the PNG Government is monitoring the conflict between Russia and Ukraine adding that it will affect the country’s economy.

The Federated States of Micronesia has severed diplomatic relations with Russia following the brutal invasion of Ukraine.

In a statement, the FSM government said it condemns the Russian Federation's invasion of Ukraine and the unjustified and brutal assault on its people and territory.

He called for an end to all the "hostilities and any violations of the international rule of law".