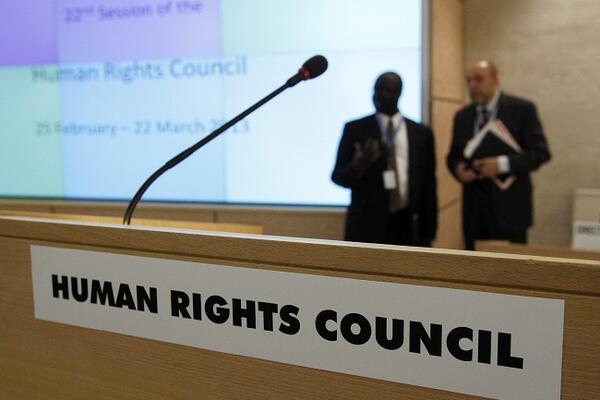 Mr Salato highlighted the request made by the Pacific Island Forum to allow for a human rights fact-finding mission to be sent to West Papua.
Source: un.org
Share
Friday, 18 March 2016 10:11 AM

Solomon Islands has raised concern about human rights violations in the Indonesian Province of West Papua at the United Nations Human Rights Council in Geneva.

Its diplomat in Geneva, Barrett Salato, has told the Council that human rights violations need urgent attention by the world community.

He encouraged Indonesia to establish a dialogue with West Papuan representatives and to cooperate with the Council by allowing UN special procedures planning to visit Indonesia.

Mr Salato highlighted the request made by the Pacific Island Forum to allow for a human rights fact-finding mission to be sent to West Papua. He said access to education and health services for the Papuans has deteriorated, adding to a decline of the indigenous West Papuan population.

The people of West Papua have refused to be part of Indonesia and the vast majority of them have pushed for independence ever since. There are regular mass protests throughout West Papua in support of independence, with many alleging that the Indonesian military and police often use lethal force to disperse them.

The Free Papua Movement (OPM) was set up to provide a formal resistance towards Indonesian rule. Local and international protest followed the impact of human rights abuses and transmigration by other Indonesians into the region.