All Set for Provincial by-election in Tikopia and Anuta 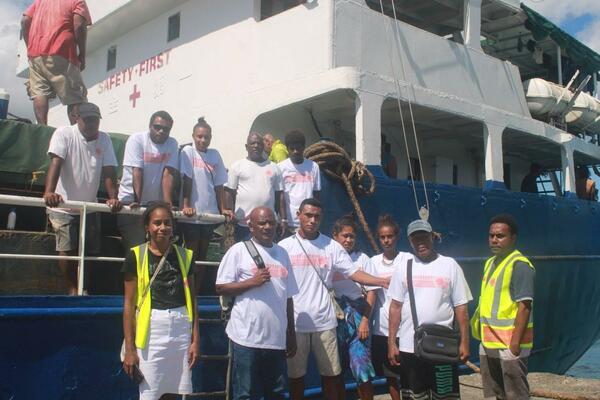 MV Florence was chartered for the electoral officials to Anuta and Tikopia Islands.
Source: STO
By Jeremy Gwao
Share
Monday, 17 May 2021 12:25 PM

Electoral Officials are now on their way to Anuta and Tikopia for the Ward 16 provincial by-election.

Presiding Officer, Elvis Kekegolo says they have been working for weeks in preparation for the By-Election.

"We look forward to the outcome that will be positive as well. Our team will make sure that all the ballot boxes are safe from now till their return before counting here in Lata station”, Kekegolo said.

Kekegolo says 20 officials will be working throughout the whole process of the By-Election for Ward 16 including electoral observers.

He further added that police will also be present during the election day for both Anuta and Tikopia Island.

The RSIPF Police Commissioner has recently announced that eight officers from Lata police station will be deployed to three polling stations in Anuta and Tikopia ward.

“The deployment of officers to the polling stations on the 19 May 2021 is paramount to ensure the polling day is done peacefully and that all registered voters are allowed to cast their votes without any fear of violence”, the Police Commissioner has said.

The provincial by-election for ward 16 was deemed necessary after the termination of the previous Provincial Member.

Six candidates will be contesting the Anuta and Tikopia provincial by-election.

MV Florence was chartered for the electoral officials to Anuta and Tikopia Islands. Polling day is Wednesday 19 May 2021.