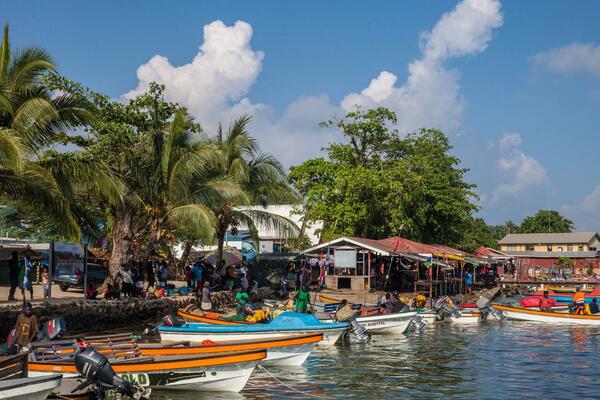 Drinking alcohol while traveling is often an issue faced by sea travelers. Redley Eric from Kologhasi village in the weather coast of Guadalcanal says this is often the case for him.

Eric is a skipper in one of the banana boats that transports passengers to and from his village in the weather coast of Guadalcanal.

“One of the problems which we are faced with is alcohol. I often tell my passengers not to drink alcohol while we travel but they do not listen”, Eric says.

This christmas and New Year season, there were two reports of separate banana boat incidents. One in the western province where 20 passengers were rescued by the local police from overloading and fuel shortage while the other is an incident where a boat destined for Isabel province got lost along the way when the skipper was drunk.

“I do not take alcohol when I transport passengers”, Eric from the weathercoast of Guadalcanal says.

He says it is very important that skippers must remain sober and alert as they play a crucial role in ensuring the safety of the passengers.

This season’s ‘safe boat operation’ commenced on the 1st of December and will end in mid-January.

“Skippers in banana boats must make sure they are not drunk while transporting passengers”, Police Commissioner, Mostyn Mangau says in his weekly press conference.

The RSIPF has often emphasised on sea safety but it seems to fall on deaf ears.

In the Isabel incident, Police in Central Province said the report they received was that the skipper of the boat was drunk and could not find where they were traveling to in Isabel. The boat was hired to drop off passengers at Sepi village.

Acting Provincial Police Commander (PPC) Inspector Walter Manefakale says the engine is okay but they have no fuel to complete their journey.

“For anyone who wants to get on a banana boat if you see that your skipper is drunk, you must make a decision to get out from the boat. It is not safe for you skipper to drink and drive a banana boat with more than 10 passengers”, Mangau says.

Currently there are no regulations on small boat operations in the Solomon Islands.