Agreement Finalized on Travel ‘Bubble’ Between NZ and Australia 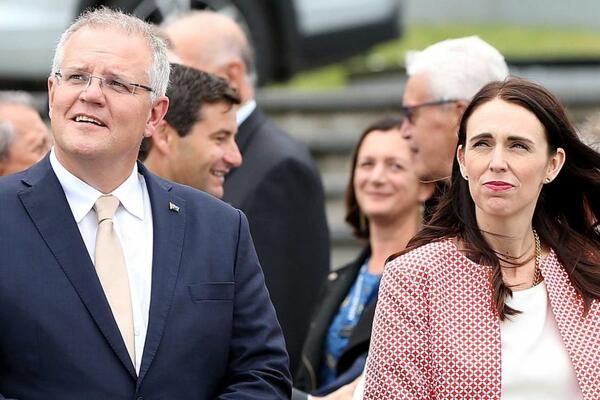 “Once we have established effective travel arrangements across the Tasman, we will also explore opportunities to expand the concept to members of our broader Pacific family, enabling travel between Australia, New Zealand and Pacific island countries,” the joint statement said.
Source: Travel Wire News
Share
Wednesday, 06 May 2020 07:49 AM

Australia and New Zealand have reached a formal agreement to establish a trans-Tasman travel “bubble” as soon as it is safe to allow flights between the two countries.

After New Zealand’s Jacinda Ardern dialled in to a meeting of Australia’s national cabinet on Tuesday, she and Scott Morrison issued a joint statement saying they would pursue a trans-Tasman Covid-safe travel zone once Australia and New Zealand had eased current lockdown restrictions.

Both prime ministers stressed travel between the two countries without a 14-day quarantine period would not happen imminently. Any move to open the international border would need to take into account state and territory movement restrictions in Australia.

But New Zealand’s foreign minister, Winston Peters – who has been an enthusiastic advocate for the proposal – suggested a breakthrough was imminent. On Tuesday, Peters told the ABC he saw the travel zone as “the Anzacs, one people in a bubble – albeit two countries”.

“Look at the big picture, with tourism carefully handled, we could get it started a whole lot sooner than people are conceptually owning up to at this point in time, or admitting or dare I say, dreaming to do,” Peters declared.

“Time is of the essence in terms of both of our economies and if we have confidence in each other, and the same systems and see ourselves as one for the purpose of economic recovery, then I think it will be a whole lot sooner than people think.”

While stressing normalising travel between the two countries was still a way off, Morrison said it was important to flag the in-principle commitment, “because it is part of the road back”. Australia is expected to ease some Covid-related restrictions later this week.

Speaking to reporters in Canberra, Morrison said all countries would eventually reconnect and the “most obvious place for that to start” was Australia and New Zealand restarting trans-Tasman routes.

Morrison stressed the proposed travel zone would not “happen next week”, but only when Australians were travelling interstate domestically.

“When we are seeing Australians travel from Melbourne to Cairns – at about that time I would expect, everything being equal – we would be able to fly from Melbourne to Auckland or Christchurch or things like that.”

Ardern told reporters the two countries could negotiate a reopening because there were a lot of similarities in the way they had managed the pandemic. But given the success both nations had enjoyed in suppressing Covid-19 infections, neither would move too quickly to open travel, she said.

The joint statement said once the travel zone was up and running, the two countries would look to pursue opportunities in the region.

“Once we have established effective travel arrangements across the Tasman, we will also explore opportunities to expand the concept to members of our broader Pacific family, enabling travel between Australia, New Zealand and Pacific island countries,” it said.

“We will work with interested Pacific countries on parameters and arrangements to manage the risks.”

Business groups in Australia welcomed the commitment. The chief executive of the Australian Chamber of Commerce and Industry, James Pearson, said: “Over the coming weeks both Australia and New Zealand will be in a similar place in their control of Covid-19, providing a great opportunity to move between the two countries to help to rebuild our economies.

“Australian business owners have done their best to hang on during this crisis, and instating this trans-Tasman travel bubble would go a long way to bolstering their confidence and providing new opportunities for growth,” he said.

The Queensland premier, Annastacia Palaszczuk, welcomed the prospect of inbound tourism, but said her first priority was to kickstart domestic tourism. Queensland’s border with New South Wales has been closed for a month.

Palaszczuk said it made economic sense to reopen travel with New Zealand. “Of course it depends at what stage the health advice is that we can do that and of course a number of states have border restrictions in place like we do.

“I know a lot of New Zealanders live in Queensland and vice-versa, so hopefully down the track we can look at some freedom of movement there, so that would be wonderful for everybody,” she said.