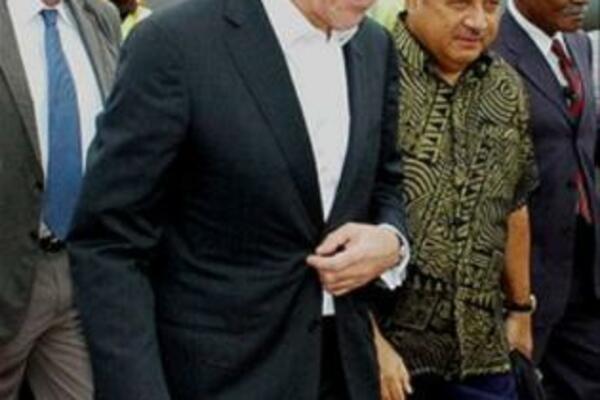 The comments come after a meeting between Mr Shanel and Russian Foreign Minister, Sergei Lavrov, in Fiji last week, aimed at speeding up diplomatic links.

There have been concerns that Russia's interest in the Pacific is about winning recognition for the disputed states of South Ossetia and Abkhazia. Australia's Parliamentary Secretary for the Pacific Islands Affairs, Richard Marles, has warned of the danger of chequebook diplomacy.

Mr Shanel said although South Ossetia and Abhkazia have been raised by Russia in the past it was not raised in his talks with Mr Lavrov and, Mr Shanel says the Solomon Islands will not be involved in any chequebook diplomacy.

"We respect the sovereignty of Georgia in dealing with its internal matters, we respect that, and hence we will not support the break-away. But, again, if the United Nations resolution changes then it is up to the international community to decide."

Mr Shanel said he hopes Solomon's diplomatic relations with Russia will be formalized in October, when he meets Mr Lavrov, at the United Nations General Assembly.