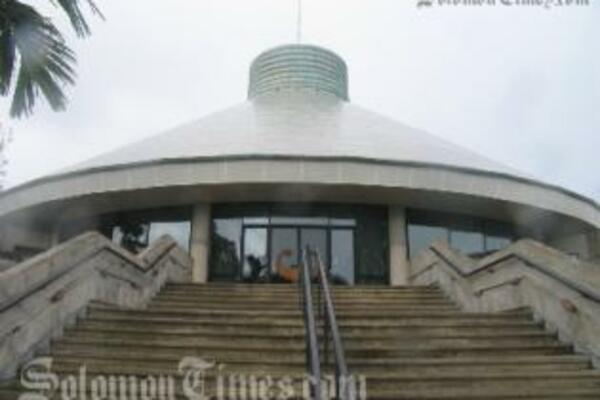 Prime Minister Dr Derek Sikua says no funds have been paid to MPs under the 2009 P-E-R, which has now been ruled, null and void.
Source: STO Archives
Share
Monday, 26 October 2009 08:30 AM

Attorney General Gabriel Suri says the Parliamentary Entitlements Commission (PEC) needs to have clear guidelines on how to interpret provisions in the constitution.

Speaking after last weeks quashing of the 2009 Parliamentary Entitlement's Regulation by the High Court, Mr Suri says the court found that the Commission wrongly interpreted the word families in section 69-B-3 of the constitution.

This led to the awarding of the $50,000 terminal grants to the spouses of members of parliament, which the Court also squashed.

"I sympathize with PEC in their interpretation of that phrase family in the constitution. What perhaps is needed in the future is, we need to develop a clear guideline for PEC to use - so that when they interpret provisions in the constitution, they do so correctly," said Mr. Suri.

"There is a possibility that they go wrong in their interpretation of the constitution, so we need to develop guidelines to explain what the provisions mean and how they should be applied."

Mr Suri also says apart from instructions he received from the government on the issue; he took the matter to court "in the interest of the public."

He says the attorney-general has a legal duty to correct errors that may occur in the systems of government.

The attorney-general says the country has a legal system, which allows government to correct its own mistakes.

Meanwhile, Prime Minister Dr Derek Sikua says no funds have been paid to MPs under the 2009 P-E-R, which has now been ruled, null and void.