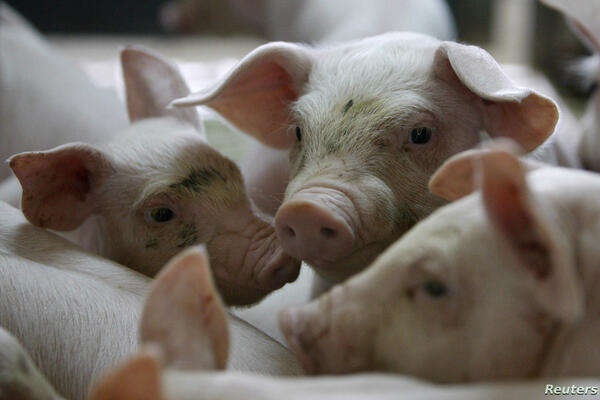 "The virus is not transmissible from animals to humans, meaning there is no direct impact on human health, so there is no need to panic just yet," the World Organisation for Animal Health said.
Source: Reuters
By Jimmy Nolan
Share
Wednesday, 09 September 2020 10:58 AM

Piggery farmers in Honiara are fearful of the African swine flu (AFS).

Recently the Ministry of Agriculture and Livestock (MAL) raised the alarm of the AFS currently affecting pigs in Papua New Guinea.

Mr Paul Damry a pig farmer says this is a threat to farmers in Solomon Islands. Damry has more than two hundred pigs on his farm. He says he is worried because the ASF is a threat to his pig farm, especially the speed in which it kills.

"The African swine flu is a highly contagious disease of wild and domestic pigs with high rates of mortality or deaths in the countries reached.

"It is in Africa, Europe, Asia and our neighbour, PNG. Once it reaches Solomon Islands it not only affects pig farmers but also our livelihoods,’’ Mr Damry said.

He says preventing the disease from entering the country should be priority.

Damry says he wants to see cooperative work between farmers and government authorities in preparation for and the prevention of ASF.

Just recently the Ministry of Agriculture and PHAMA Plus recently signed a Memorandum of Understanding.

The MOU is to strengthen Solomon Islands preparedness and response capacity against any possible spread of ASF in the country.

The World Organisation for Animal Health, or OIE, says the ASF is not the same as the H1N1 virus, which caused a worldwide pandemic in 2009.

"The virus is not transmissible from animals to humans, meaning there is no direct impact on human health, so there is no need to panic just yet.

"But, it is still a highly contagious hemorrhagic viral disease of domestic and wild pigs, which is responsible for serious economic and production losses," the OIE said in a recent statement.