AFP Officers to Remain After RAMSI 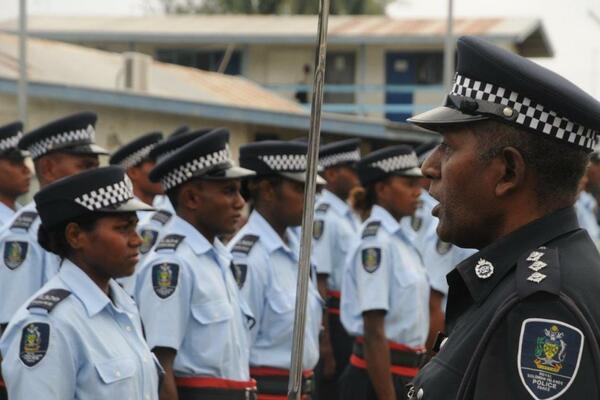 Earlier this month 125 members of the RSIPF’s rapid response and close personal protection units were rearmed for the first time.
Source: RSIPF
Share
Tuesday, 30 May 2017 09:06 AM

It has been confirmed that officers from the Australian Federal Police (AFP) will remain in the Solomon Islands after RAMSI departs in June.

Reports from SBS states that forty unarmed Australian Federal Police officers will be based in the Solomon Islands as trainers after the 14-year long, Australian-led peacekeeping mission in the Pacific nation ends in June.

“SIPDP was developed in consultation with key stakeholders in Solomon Islands, including DFAT (Australian Department of Foreign Affairs), the RSIPF, and the Solomon Islands Government,” the AFP statement said.

The AFP training program will cost $79m over four years.

“They will not be armed and they will not have policing powers,” the AFP said in a statement to SBS World News.

Earlier this month 125 members of the RSIPF’s rapid response and close personal protection units were rearmed for the first time.