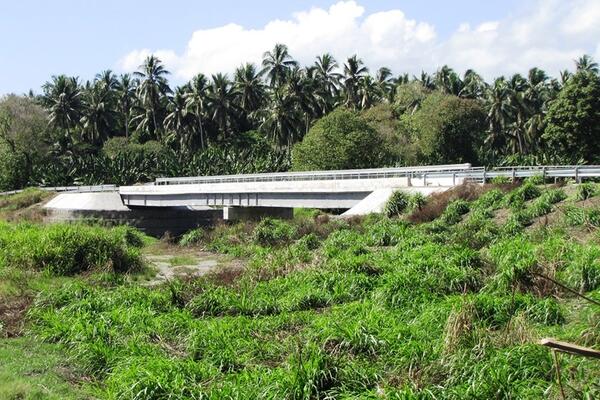 The completion of the North Malaita phase of the Solomon Islands Second Road Improvement Project (SIRIP2) marks the end of the final phase of the project that has reconnected local communities to clinics, markets and schools across six provinces in Solomon Islands.

A key aspect of the North Malaita subproject was to strengthen transport links to better withstand extreme weather in the future, a process known as “climate-proofing.”

This included building nine major water crossings with culverts to assist with drainage during higher-level floods and allow the passage of river debris, rehabilitating 14kilometers of unsealed gravel road, and raising road surfaces where the water table is high. Some 3,000 metres of coastal road vulnerable to king tides and storms was also climate-proofed.

SIRIP 2, cofinanced by the Asian Development Bank (ADB), Australia, New Zealand Aid Programme and the European Union was implemented across areas of Malaita, Western, Central, Isabel, Makira, and Guadalcanal provinces. It rehabilitated 64 kilometers of provincial and secondary roads, constructed about 35 major bridges and 50 new culverts, and resealed 60,000 square meters of Honiara’s main road. Climate change adaptation was also a main feature, which involved realigning the flow of some rivers to allow them to pass directly under bridges.

Other notable milestones of the project include the rehabilitation of the Poha Bridge in West Guadalcanal, providing a lifeline to people in rural villages such as Visale and Lambi and linking them to essential services in Honiara; and the construction of two high level bridges over the Maepua and Magoha rivers on the island of Makira. Prior to their construction, the island’s high annual rainfall resulted in frequent flooding, which isolated communities and cut off access to essential services and markets.

ADB, based in Manila, is dedicated to reducing poverty in Asia and the Pacific through inclusive economic growth, environmentally sustainable growth and regional integration. Established in 1966, it is owned by 67 members – 48 from the region. In 2012, ADB assistance totaled $21.6 billion, including cofinancing of $8.3 billion.