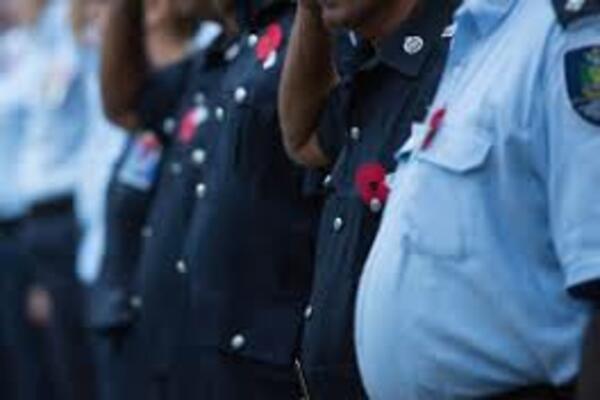 The Solomon Islands Government faces a number of impediments, including administering outcomes with limited institutional and fiscal resources to a population of around 650,000, who are widely dispersed across numerous islands.
Source: policyforum.net
By Tom Sloan, Sinclair Dinnen and Mark Rowe
Share
Monday, 11 October 2021 09:31 AM

A new survey into justice mechanisms in Solomon Islands shows that significant advancements have been made since the end of the Regional Assistance Mission to Solomon Islands, but also that much more needs to be done.

Accessing the state justice system has been a longstanding challenge in Solomon Islands. The Solomon Islands Government faces a number of impediments, including administering outcomes with limited institutional and fiscal resources to a population of around 650,000, who are widely dispersed across numerous islands.

Justice services infrastructure is mainly concentrated in Honiara, the national capital, and several provincial centres. For the 77 per cent of the population living in rural areas, accessing these services can be difficult, expensive, and time-consuming. Most rural citizens rely on informal community-based approaches for managing everyday disputes and security needs, often involving local chiefs or church leaders.

In order to understand how justice is delivered across the country, in 2019 the Solomon Islands Government commissioned the Solomon Islands Access to Justice Survey, with the support of the Australian Government and the United Nations Development Programme. The survey assessed justice needs and barriers to effective dispute resolution, particularly among groups recognised as having unmet justice needs, including women and people with disabilities.

The 2019 survey was the first major investigation of perceptions and experiences of access to justice in Solomon Islands since the Regional Assistance Mission to Solomon Islands (RAMSI) ended in 2017. While the research reaffirms a number of findings from earlier studies, including the continued importance of community justice mechanisms and the desire for increased access to state justice services, it also sheds new light on recent changes in public perception.

The most accessible means for dealing with disputes identified by the survey were village chiefs, followed by church leaders and the police. The police were also the justice service that most respondents wished was available in their community, with relatively small numbers – 6.1 per cent – identifying other state justice services such as the courts.

A major difference between this survey and others, however, was the increased awareness of and change in perceptions towards domestic violence. A substantial majority of respondents – 92 per cent – recognised that men were not allowed to use violence against women to resolve disputes, and 87 per cent felt that it if did occur the perpetrator should be punished.

This represents a significant shift in perceptions over the last decade. The seminal 2009 Solomon Islands Family Health and Safety Study found that a majority of women believed a man was justified in beating his wife under some circumstances.

While the wording and sampling practices of the two studies differ somewhat, the findings from 2019 suggest a discernible change in attitudes, coinciding with the criminalisation of domestic violence under the Family Protection Act 2014 and the extensive advocacy and outreach work that has accompanied this important reform.

Although this growing awareness is a positive development, over half of the respondents in the 2019 study reported that men still use violence to resolve issues with women in their homes. This suggests that continuing efforts will be required in converting increased awareness of domestic violence into a reduction in its prevalence.

Another important aspect of the 2019 survey was its distinction between potential and realised pathways to dispute resolution. This was included in order to understand possible discrepancies between where respondents said they would go to resolve an issue in the abstract compared to where those involved in a dispute had actually gone in practice.

In the case of potential pathways, respondents were asked to identify their most likely first point of contact if they or a family member became a victim of crime (other than domestic violence), experienced domestic violence, or were involved in a land dispute. Although the police and village chiefs were the most frequently identified first points of contact, there was considerable variation across the three categories of dispute.

For domestic violence, respondents were more than three times as likely to identify family as the first point of contact than for the other two categories of disputes. Church leaders were also more commonly identified as initial contacts for domestic violence.

For victims of other crimes, a high proportion of responses were concentrated on the police and village chiefs compared to other disputes. Regarding land disputes, the houses of chiefs and local courts were both in the top five responses.

Significant variations according to gender were noticeable in the identification of first points of contact for different disputes. Women indicated that they were far more likely than men to go to the police for each of the three categories of disputes.

Conversely, men were more likely to identify a broader range of informal and formal justice pathways. In the victims of crime category, men were far more likely than women to select the village chief as their first point of contact – 45 per cent compared to 26 per cent.

In relation to domestic violence, men were more likely to go to the family – 24 per cent compared to 14 per cent – and church leaders – 16 per cent compared to six per cent. These findings indicate a strong preference by women for police involvement, particularly in respect of domestic violence and other crimes, and, conversely, less support for the informal mechanisms preferred by men as first points of contact in such cases.

Greater support for formal reporting mechanisms was also reflected in younger Solomon Islanders aged 18 to 25-years, who were more likely to go to the police than older demographics.

The 2019 study findings on justice pathways confirm the continuing importance of informal justice mechanisms in relation to a range of everyday disputes in post-RAMSI Solomon Islands. While indicating important areas of continuity with the findings from previous studies, they also reveal significant — possibly growing — variations in pathway preferences according to gender, age and location.

Women and younger people are demanding more formal justice options, primarily in terms of police. In doing so, they are also demonstrating less confidence than men and older Solomon Islanders in the likely justice outcomes administered by village chiefs.

It therefore crucial that formal justice pathways be expanded for those that might feel they are being let down by existing community solutions. However, in doing so, the Solomon Islands Government and development partners must ensure that these formal mechanisms work in concert and in a coherent, predictable and consistent manner with informal ones, such as chiefs and church leaders, given their accessibility and continuing importance for much of the community.

This article is based upon a series of papers published by ANU Department of Pacific Affairs (DPA) as part of its ‘In brief’ series. The original papers can be found here. Interested readers can also consult the original study reports here.

Tom Sloan is the CEO of Sustineo, and a social researcher and development practitioner. Dr Sinclair Dinnen is an Associate Professor and Deputy Director (Research) at the ANU Department of Pacific Affairs (DPA). Mark Rowe is an independent researcher specialising in development and human rights in the Pacific Island region.