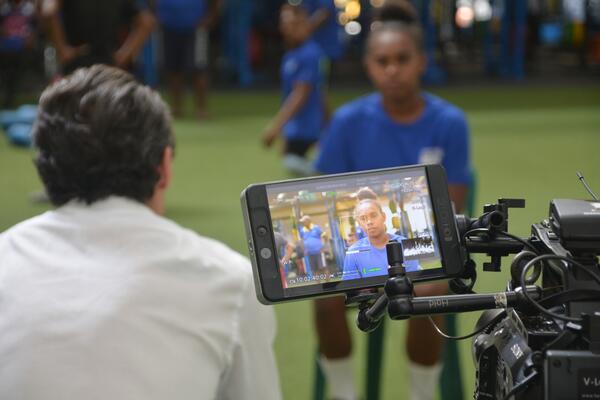 A film crew from the Australian Broadcasting Corporation (ABC) are currently here in Honiara documenting for 'THAT PACIFIC SPORTS SHOW.'

“We came here to learn more about Solomon Islands sports and the purpose of our visit is because of the bond and connection Australia has established in the Pacific – especially the Solomon Islands,” Heath stated.

“The team is me and Dan. I’m overseeing and producing the story and Dan does the very important work on filming and editing.

“Now, there’s a lot of work involved. We both have over 20 to 30 years of experience working in Television around the world and we are excited coming to the Solomon Islands.

“Our time here in Honiara will be spent mostly here at SINIS where all sports are centered absolutely. Sports here is very exceptional, and we come to make those stories and celebrate what athletes are achieving and showcasing it not only in the Pacific and Australia but to the whole world."

Filming continues in the next three days.

That Pacific Sports Show is funded by the Department of Foreign Affairs and Trade through PacificAus Sports, part of the Australian Government’s Pacific Step-up and Sports Diplomacy 2030 strategy, which aims to build sustainable, elite sport pathways between Australia and the Pacific.