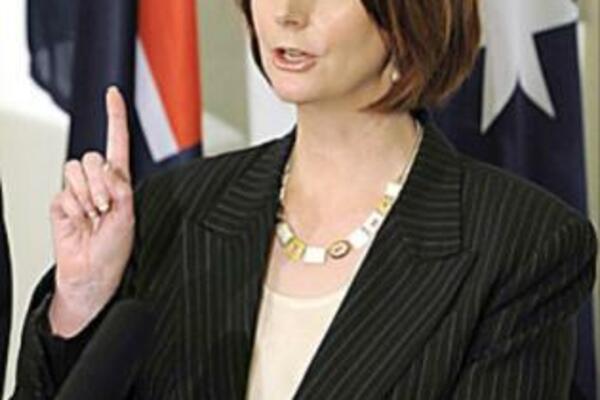 It is understood that the Solomon Islands approached Australia after Prime Minister Julia Gillard's push for an East Timor facility fell through.
Source: Photo Supplied
Share
Monday, 30 May 2011 09:02 AM

It has been revealed that the Solomon Islands government is seriously exploring the possibility of hosting an asylum-seeker processing centre.

It is understood that the government is lured by the many millions that is often attached to such an important Australian policy initiative.

However, reports in Australia state that the Australian government may not be fully receptive to the idea. It is understood that the Solomon Islands approached Australia after Prime Minister Julia Gillard's push for an East Timor facility fell through.

In Canberra senior bureaucrats have told News Ltd that several Pacific nations, including the Solomon Islands, are keen to host refugee processing centres similar to those set up by the Howard government in Nauru and PNG.

However, a spokeswoman for Immigration Minister Chris Bowen downplayed any talks with the Solomons.

''Our focus is on arrangements with Malaysia and PNG,'' she said in a statement on Saturday.

''Australia engages with countries across the region as part of the cooperation framework endorsed by more than 40 nations at the Bali Process meeting.''

The federal government says asylum-seeker processing deals with Malaysia and Papua New Guinea remain at the centre of its immigration policy.

Mr Bowen and Ms Gillard announced this month that they were close to finalizing a deal with Malaysia that would see up to 800 unprocessed asylum seekers transferred there in return for Australia resettling 4000 genuine refugees from Malaysia over four years.

Labor is also in talks with PNG and Thailand about similar deals.