A Reflection on the Recent By-Elections in Tikopia/Anuta Ward 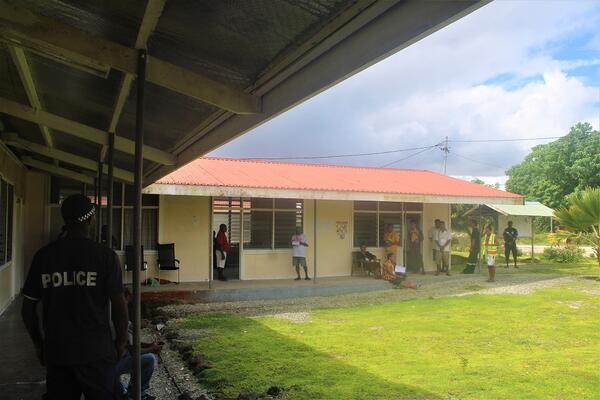 One of the polling stations at the recent by-elections in Tikopia/Anuta Ward.
Source: Supplied
By Jeremy Gwao and Georgina Kekea
Share
Thursday, 10 June 2021 11:45 AM

The recent by-elections in Tikopia/Anuta was conducted recently, the people spoke and George Rangi Manuvetea was duly elected as their new provincial member.

"Today I stand on behalf of my people and be their voice as a leader for the next one year or months ahead. Although it is quite challenging, I believe I have what it takes for my people to meet their needs”, Rangi said after he was sworn in.

He said the challenges faced on the island are transportation issues. Rangi said shipping services provided for the people of Tikopia and Anuta is very poor.

He said the people of Tikopia and Anuta have also suffered in the areas of education, health and climate change for years.

In covering the by-elections, the people that were spoken to also expressed disappointment at the lack of development on their islands. It is perhaps true that some of their basic needs have not been met – water, proper sanitation, health and education are at very basic levels.

The dissatisfaction often leads to the blame game, some blame their national leaders, the national government and the provincial government. The fact that only three people showed up on polling day on Anuta speaks volumes, and one that we should take seriously.

When people loose faith in the system, who else can they turn to? The act of voting is the foundation of our democracy, so if people do not exercise this important duty as citizens than that is worrying.

People on Anuta have also demanded they be given a separate ward. It is understood that the people of Anuta have asked for a separate ward since 2000. Since then, four provincial governments have agreed to their request with at least two Ward Boundaries Committee (WBC) consultations being conducted in 2007 and 2010.

A report was later adopted by the assembly and submitted to the provincial government ministry in 2014 for referral to the Boundaries Commission.
Since then, nothing has been done about it.

When our citizens are dissatisfied it is important that we listen and take appropriate action. People who believe that the economic situation is bad are much more likely to take a dim view on how our democracy is functioning.

People choosing not to vote is worrying because nothing is more important in any democracy than free and fair elections.

We should engage with our rural communities more often and take time to address some of their basic needs. Otherwise the erosion of trust in government or elected representatives can change civic life and behavior which could lead to grave consequences.