A New Type of Battle for Guadalcanal 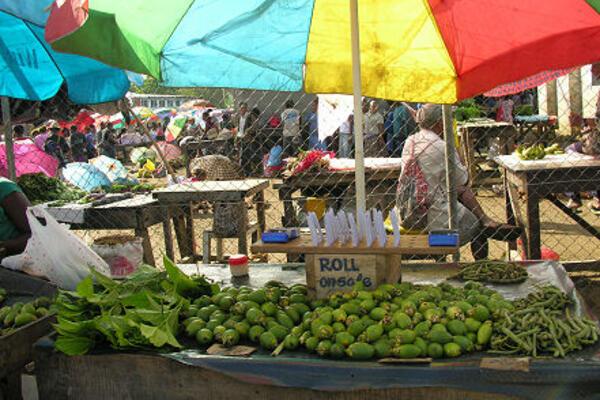 Although lot of Betlenut Vendors are locals, the owners are usually Chinese immigrants
Source: horizonsunlimited.com
Share
Tuesday, 24 July 2018 07:55 AM

When Toata Molea looks to the sea and his fleet of fishing boats on the island of Guadalcanal, Solomon Islands,he imagines the possibilities from a new connection to the outside world: a planned undersea internet cable to be built by Australia.

When he turns the other way, however, to the main road passing through Honiara, the capital of the Solomon Islands, he sees another form of foreign investment: dozens of buildings and businesses bought or built by Chinese immigrants.

“They own everything,” Mr. Molea, 54, said of his ethnic Chinese neighbors. “My fear is that in the next 10 years, this place will be taken over by the Chinese.”

The last time Guadalcanal concerned itself with a takeover, 60,000 American troops were fighting Japanese soldiers for control of the island in one of the fiercest battles of World War II. Now, this stretch of jungle — a linchpin of the Australian-American alliance with a long history of naval importance — has become the stage for a new cold war of strategic competition.

After years of largely unchecked Chinese investment and immigration throughout the South Pacific, Australia and the United States are stepping up their efforts here and across the region — warning local officials against relying too much on China, and pushing to compete with more aid, infrastructure and diplomacy.

There is no denying that “strategic competition for influence in the Indo-Pacific region is on the rise,” said Matt Matthews, a deputy assistant secretary of state in the Bureau of East Asian and Pacific Affairs. As a result, he said, “we must not take our longstanding friendships with the Pacific islands for granted.”

The United States has committed more than $350 million to Pacific island countries, in the form of law enforcement assistance, help with managing fisheries and other aid. The World Bank more than doubled its main development budget for the Pacific too, increasing it to $808 million over a three-year period.

But Australia has gone even further. Pacific aid jumped to 1.3 billion Australian dollars ($960 million) in this year’s budget, an 18 percent increase. Nearly a third of Australia’s aid budget is now set aside for the Pacific — a region of nearly two dozen countries and territories with around 11 million people spread across more than 20,000 islands.

A large portion of that money will go toward installing the undersea cable connecting Guadalcanal (and Papua New Guinea) to Australia’s global internet hub.

Experts consider Australia’s spending spree the strongest example yet of its intensified push to counter Chinese efforts in the region.

The Chinese networking company Huawei announced last year that it planned to lay a cable and provide the Solomon Islands with a high-speed internet connection.

When Australia learned of that plan, it threatened to withhold a connection license when the cable reached Sydney because it considered Huawei a cybersecurity threat.

Australian officials immediately offered an alternative: Australia would pay for a cable and it would be up and running by 2019.

“The Australian government had been tracking that very closely,” said James Batley, a former Australian high commissioner to the Solomons and other countries in the region.

When they saw the Chinese cable proposal, he said, the Australians “made an intervention and said, ‘Sorry, that’s a red line for us.’”

For business owners in particular, the undersea cable is long overdue. Connectivity is so weak across the Solomons that storm clouds often interfere with the satellites that currently provide internet access.

“It’s important,” said Mr. Molea, the fish wholesaler, who also praised a small grant program from Australia that helped him build an ice factory for his sustainable fishing business. “With that cable, hopefully we can set up electronic banking and payment.”

But to truly compete with China, many people said, Australia, the United States and their allies need to do more, more visibly, with less bureaucracy.

The cable stands out because it is a rarity. The aid packages cited with pride by officials in Canberra and Washington tend to focus not on the tangible infrastructure that struggling countries like this one crave, but rather on institutional assistance with governance and law enforcement.

That work is gradual, vital and complicated. Many Solomon Islanders still see Australia through the lens of a security intervention that ended last year after more than a decade of mixed reviews for its effort to establish stability in the wake of chronic ethnic violence.

And just as some Pacific islands have become more vocal about Australia’s “paternalistic aid,” officials in the Solomons often complain that the Australian and American governments do more dictating than developing.

Regional officials often argue that too much of the aid money is tightly restricted or boomerangs back to foreign consultants and contractors, leading many to ask: Well, why not try our luck with China?

Anthony Veke, 41, the ambitious premier of Guadalcanal, counts himself among those pushing toward a future with various partners.

He told me he has gone to China twice in the past year to pursue investment for a tourism development on the island’s west coast that would include a new airport.

He added that he would like to see a new road circumnavigating Guadalcanal, and an upgrade for the international airport.

“We can’t be boxed in,” Mr. Veke said, sitting in his office on the main road through Honiara, where dust and potholes still dominate. “We have to be given an opportunity to look at other places for things that are good for our people.”

Given the history, it is a striking shift — for the Solomons and the postwar order.

Honiara exists largely because of World War II and the United States Navy.

The airport Mr. Veke wants to upgrade was originally Henderson Field, the airstrip that thousands of American Marines in particular fought and died to capture and defend.

Naval Construction Battalions, better known as Seabees, built most of the city’s roads, its major bridges and what was until recently its largest hospital.

Little development has occurred since — the airport still feels like a World War II relic — but much of what is new or prosperous seems to be owned by someone from China.

Many, if not most, of the shops along the main road have Chinese owners, who sit in corner booths towering over their China-made merchandise and local employees.

In Honiara’s Chinatown, a small strip of shops that has existed since the first wave of Chinese migrants arrived a century ago, signs of growth are visible: Scaffolding climbs above a new Chinese school that has received financial support from the Chinese government.

Matthew Quan, 52, the president of the Solomon Islands’ Chinese Association and a third-generation Solomon Islander who runs a large wholesale business across from the school, said Chinese expansion had been organic, driven by migration and economic factors rather than political or military direction from Beijing.

Centrally planned or not, the influx has not always been welcome. Frustration with Chinese shop owners flared up in 2006, leading to riots, and in 2014 Chinatown was set ablaze during another spasm of violence.

The main concern for many people on Guadalcanal involves not Chinese government interference, but rather cronyism and corruption fueled by Chinese wealth. No one knows the extent of Chinese property ownership in the Solomons; even the size of the Chinese population is a mystery, Mr. Quan said, since many migrants come in as tourists and bribe officials for visas that let them stay.

“I suppose you could say they’re a lot more ruthless in how they do things,” Mr. Quan said, referring to the recent migrants. “And the government of the Solomon Islands is easily manipulated.”

He has called on officials to halt all Chinese purchases and investment until there is a public accounting of who owns what.

But such an audit is unlikely. For Guadalcanal and many other islands in the region, this is a moment to embrace competing offers from world powers, not spurn them.

It is a contest seen across the South Pacific in countries like Vanuatu, where a new wharf has spurred a heated debate about China’s ambitions, and even in communities far from major cities.

An hour or two inland from the Guadalcanal coast, along the Tina River, the World Bank hopes to build a hydroelectric dam that could drive down electricity prices. But more than a decade after it was proposed, the dam has yet to be constructed, leading World Bank officials to praise the legal precedents that have been set rather than the services they have provided.

Not far away, by contrast, is an obvious example of Chinese productivity: a large gold mine that was closed by an Australian company in 2014, then sold last year to a Chinese developer who made a fortune in Australian real estate.

The mine reopened in May, providing jobs — but in a riskier work environment.

Local tribes have discovered that the new owners are less careful about worker safety than the Australians. According to a monitor they sent to investigate, employees don’t wear goggles or safety boots as often as they should, and tasks that used to be closely monitored no longer are.

The company that owns the mine, the AXF Group, did not respond to requests for comment.

Asked whether the return of the mining jobs was worth the potential danger to workers, the tribes’ investigator, Densley Kesi, said he couldn’t be sure.

“The Australians had a lot of regulation,” he said. “The Chinese don’t. It worries me.”