A Hunt for Medication in the Ocean 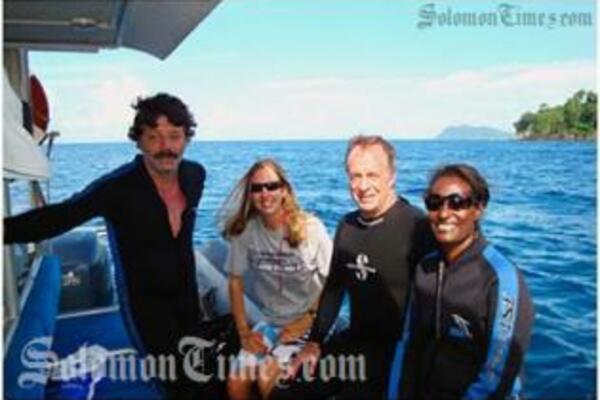 The oceans may hold the answer to some of the world's most devastating diseases, in the form of new drugs that come from marine organisms.

This is the aim of an ongoing collaborative project by scientists from the Institute of Applied Science at the University of the South Pacific and USA's Georgia Institute of Technology (GIT) during their recent visit to the Solomon Islands in search of new and better medical drugs to help fight diseases such as malaria, tuberculosis and cancer.

A team of four scientists made a bio-prospecting expedition to Tetepare, Rendova and Gizo islands, in the Western Province of the Solomon Islands in March earlier this year.

The primary interest was to collect marine samples, in particular, marine invertebrates, alga and marine sediment to be brought back to Fiji to be assessed for their commercial potential as medicines especially to fight diseases in the Pacific.

A total of 117 individual samples of marine organisms were collected as well as 78 sediment samples.

Both USP scientists on the expedition, Mr Klaus Feussner and Dr Katy Soapi believe that medicines from marine organism are especially attractive as the marine environment contains extraordinary biodiversity and is among the richest, understudied and most complex ecosystems.

It provides a new and rich resource for chemicals with great potential for pharmaceutical development, they added.

The work, supported by an International Cooperative Biodiversity Groups (ICBG), is part of an ongoing project at IAS designed to foster biodiversity through the search for new natural substances of marine origin.

Previous work from samples collected in Fiji by the team has resulted in one chemical that has been patented and another that is currently undergoing pre-clinical trial in the United States for anti-malarial drug development.

Under the agreement with the Fiji Government, any commercial benefits are shared with the Government and used for marine management activities. A similar agreement is being developed with the Solomon Islands Government.

IAS acknowledges the support of the Solomon Islands Government, the Tetepare Descendants Association and the Western Provincial Government for permission to collect marine samples from their coastal waters.