'Where is My Money': One Link Member Asks? 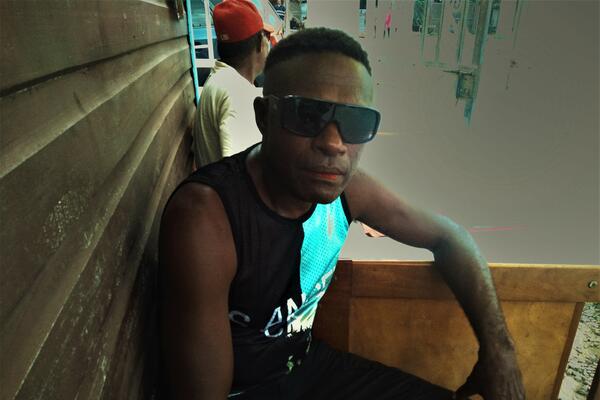 Rabinabou joined One Link on 7th January this year. Since joining the scheme, he has not received any interest from the money he deposited.
Source: Supplied
By Jimmy Nolan
Share
Thursday, 18 June 2020 07:39 AM

A father of four has called on ONE LINK PASIFIKA to clarify whether his money will be refunded or not.

Mr John Rabinabou says the mentors and those involved with One Link should organize a meeting to inform members about the money they deposited into the scheme.

He said they have not heard anything from One Link for quite a while and it is not good that members are being kept in the dark.

“To me five thousand dollars is a huge amount of money. Our money is with the people behind the one link scheme. We want our money to be refunded’’, Rabinabou says.

Rabinabou joined One Link on 7th January this year. Since joining the scheme, he has not received any interest from the money he deposited.

He says the mentors and One Link officers are well known to him, and he has been patient and given them time – but they should know that like others he is tired of waiting.

Rabinabou says they should find ways to solve the problem they created before people start to take the law into their own hands.

“Most times I call their phone but they do not even answer my call. If they answered my phone call it is only to say that the Director is in prison’’ a frustrated Rabinabou says.

He says if One Link says they are not a pyramid scheme, than “why are they silent at a time when they should be refunding people’s money.”

Investigation into the Onelink Pacifica saga is still continuing.

One Link Pacifica, a Ponzi scheme promises 300 precent return on investment within a month. It has since slowed after its Director, Gerrard Tauohu was arrested on the 30th of March, 2020.

Tauohu is said to face 39 counts of false pretense under the penal code and one count of unlicensed financial institutions under the Financial Institutions Act 1998.

The Central Bank of Solomon Islands (CBSI) has been issuing warnings about One Link Pacifica since December 2019.

The institution has also called on people to be wary of such schemes.

“Anything of this nature that sounds too good to be true, especially on receiving huge financial rewards for very little investments must be carefully considered before your money is thrown away”, CBSI has warned.