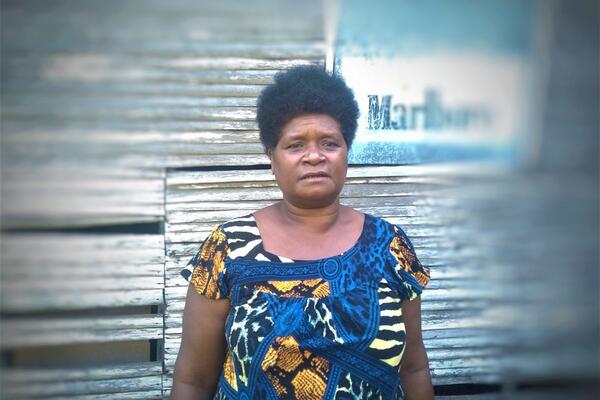 Labule says most issues raised on Guadalcanal were met with poor, imbalance, unfair decisions because women were not part of the process.
Source: Supplied
By Jimmy Nolan
Share
Tuesday, 16 June 2020 09:35 AM

Tadai woman, Ms. Vitalina Labule said women should be allowed to participate in tribal discussions within their society.

Labule, who is the president of Tamboko Women’s Association in North West Guadalcanal, says it is important each tribe and clan on Guadalcanal involve women in any tribal discussion.

“When it comes to decision making our rights are ignored. Since Guadalcanal is a matrilineal society, women should not be ignored. Those who head the tribe on Guadalcanal should not only oversee the women but they should also involve the women in any tribal matters’’.

Labule says most issues raised on Guadalcanal were met with poor, imbalance, unfair decisions because women were not part of the process.

“Though we heavily stand on our cultures and norms that women should not overrule men's decisions, we believe we can contribute to solve issues in the community if we are given the chance to participate in any decision making discussions”, she said.

Ms. Labule says women can only attend such occasions as mere spectators while men make the final decisions on their behalf.

"On most occasions we just kept silent though we also wanted to speak out. They say our job is in the kitchen’’, she said.

The issues raised by Ms. Labule have been more evident in media and reports in the past decade.

A report by Strongim Bisnis in 2018 on ‘community perceptions of gender norms and economic opportunity in rural Solomon Islands’, said women from Guadalcanal felt that they did not have decision-making power over family land any more.

The report also acknowledged that men are now making decisions over land and women’s involvement as mere formality.

In 2018, the Solomon Star also reported women from NW Guadalcanal lashing out on how men from Guadalcanal have not included them in important decision-making discussions.

“Women from Northwest Guadalcanal have expressed their disagreement over the way our men handled important matters such as signing agreements with loggers to extract logs in our land,” John Toki had reported.

A call for chiefs on Guadalcanal to respect and involve women was also made that time.