Manufacturers Call for Fairness in Enforcement of Compliance Issues 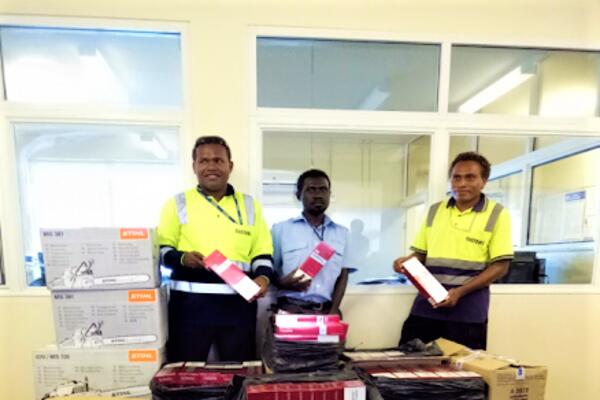 An example of this practice was the evasion of tax on smuggled goods. In August 2019 Customs officers intercepted an attempt to smuggle 544 sleeves of cigarettes in a commercial shipment of goods destined for a local trader.
Source: SIBC
By Georgina Kekea
Share
Monday, 08 June 2020 10:10 AM

Manufacturers in Solomon Islands are calling on the government to be fair when it comes to compliance issues.

As members of the Solomon Islands Chamber of Commerce and Industry (SICCI), these manufacturers were part of a group that met key government personnel in the Ministry of Finance, Commerce Ministry as well as from the Prime Minister’s Office.

Speaking to the media, SICCI Chief Executive Officer, Ms. Atenasi Ata says the manufacturers are not asking for special favours but are asking for the government to be fair when it comes to regulatory and compliance issues.

“These manufacturers combined contributed around SBD$400 million in government’s revenue based on taxes”, Ms. Ata said.

She said a lot of the manufacturers are also feeling the brunt of the economic crisis and have implemented drastic measures to keep their company afloat. This includes laying off part of their workforce.

“These manufacturers mainly comply with government’s regulations and have over the years contributed a lot to the country’s economy. All they are asking is for the government to be fair when it comes to the enforcement of its laws and regulations”, Ms. Ata emphasized.

“There are probably some aspects of the regulatory framework that aren’t applied to all that do businesses in the country”, the CEO of SICCI said.

Ms. Ata said if businesses should lose market share it should be in an environment where there is a “level playing field and where businesses are competing in a fair market.”

“Illegal illicit counterfeit products, illegal imports, trading practices giving unfair advantages to some businesses over others were some of the issues raised’, Ms. Ata said.

An example of this practice was the evasion of tax on smuggled goods. In August 2019 Customs officers intercepted an attempt to smuggle 544 sleeves of cigarettes in a commercial shipment of goods destined for a local trader.

The total value of the consignment (value of goods and tax), and therefore loss to the government, was SBD$381,515.58.

Ms. Atenasi Ata said there is a lot SICCI can do to assist the government. She said an MOU was already signed between the government and SICCI, enhancing the relationship between the private and public sector.

She said under this MOU the private sector has been able to contribute to issues of concern in the commercial sector.

She said it is their hope that the government also go hard on businesses not complying with its laws and regulations.