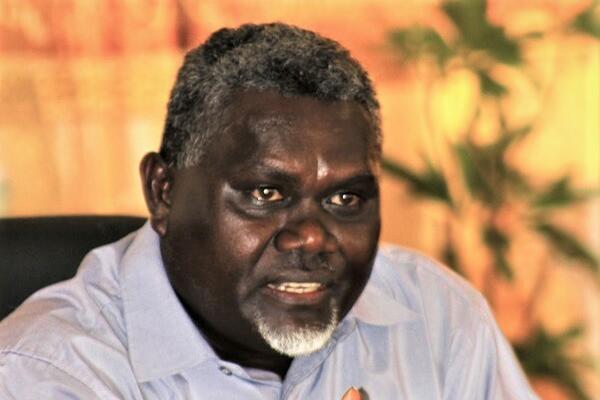 The Census Office within the Solomon Islands National Statistics Office (SINSO) would like to clarify concerns raised in the print media regarding census outstanding payments/claims for the conduct of the 2019 National Population & Housing Census.

The concerns appeared in the Solomon Star newspaper, demanding the Census Office for a quick release of payments.

However, responding to the reports, Government Statistician and Census Commissioner Douglas Kimi said the concerns raised are clear, but there’s a process that all claims must be filtered through for verification purposes before any payout could be made.

"This is in line with public service regulations where one’s duty station is within one’s Ward/EAs in this context and thus entitlements for accommodation outside of duty station cannot be claimed. This and related advice consistent with their contracts and work schedule has been emphasised again as in this case," Mr Kimi explained.

“But, that’s contrary to our expectation as supervisors/enumerators submitted excessive claims for accommodation, including hiring of both land and sea transport, carriers, security guide (s), interpreter (s), driver (s), and boat crew (s), for the whole duration of the census operation/survey.

“Also, it’s unbelievable for them to spare huge sum of personal money to meet these expenses.”

Mr. Kimi explained that because of those excessive and unexpected claims, his office have to establish a committee to review all the claims as per instruction from the Permanent Secretary (PS) of the Ministry of Finance and Treasury (MoFT).

“But be advised that the Census payment system has an oversight of the MoFT Permanent Secretary.

“In discussing the Census claims with the PS of MoFT he advised that a review committee be established to review the claims before endorsement for payment.

“The PS of MoFT is a signatory to endorsed Census payments therefore Census Office/SINSO is working closely with him (PS) based on his advise to review all the claims. In fact, the PS directed for all Census claims to be reviewed before payment is done," the Census Commissioner said.

He says currently the Census office is reviewing claims from all provinces. This is quite challenging amidst busy schedule of the census work plan to release provisional results in June/July and the reports in June 2021.

“The Census committee is working hard behind the scene to complete reviewing the Census claims,” he said.

He added that the review process is very important to distinguish claims that are genuine and those that are not. And also to ensure claims meet the set conditions/criteria’s.

“We just cannot received the claims and go straight to raise payments. It has to go through the review process and approval from the PS of MoFT. There are too many (excessive) claims so making sure we know the nature of each claim is important before moving to the next step.

“Official review and verification is an important aspect and it will take a little bit of time. In this context, after the last receipt or invoice is checked then the claims will be last checked by the Permanent Secretary of MoFT for endorsement.

“COVID-19 is a threat in terms of budget but this is a directive by the Minister to settle the census claims after the claims are verified properly, “Commissioner Kimi explained.

Mr. Kimi apologizes to the claimants for the delay however ask for your patience and understanding as his office responsible staff are working tirelessly around the clock to sort out the issues.

He then calls on the complainants to communicate their complaints to the office or physically come to his office should they have concerns to discuss rather than going to the media.