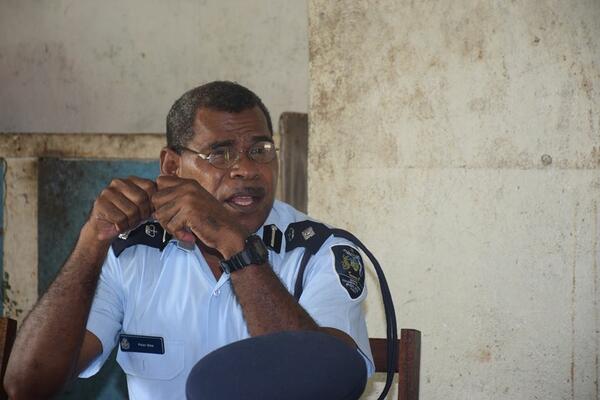 PPC Sitai adds: "The mother of the child is currently in police custody as she has become the prime suspect in this sad incident."
Source: Supplied
Share
Monday, 30 March 2020 18:05 PM

Officers of the Royal Solomon Island Police Force (RSIPF) in the Makira Ulawa Province have recovered the body of a one-year-old male child that went missing at Hagaehu Village in Central Makira on 23 March 2020.

One of the villagers found the body of the missing child on 28 March 2020. The body of the deceased was found buried just 30 feet away from the Hagaehu logging road, about 2.5 kilometres from Hagaehu Village having been missing for six days.

Provincial Police Commander (PPC) Makira Ulawa Province Superintendent Peter Sitai says, “Upon receiving a report from members of the community at Hagaehu, police officers with a doctor and a nurse attended to the scene and discovered the dead body of the child which was already decomposed. The body was then transported back to the Village for a proper burial by relatives as it was already in a bad state.”

“My condolence to families and relatives for the loss of one of their loved one.”

PPC Sitai adds: “The mother of the child is currently in police custody as she has become the prime suspect in this sad incident. Arrangements for potential remand of the mother will be made in the coming days as police continue with investigation into the matter.”

“Police appeal to people in and around Hagaehu Village who may have any information about the incident to come forward and help our investigation. It is an incident that needs the help of everyone. I also appeal to relatives to remain calm while police investigation into the matter continues,” PPC Sitai emphasises.