Police Responds To Allegations Against PRT 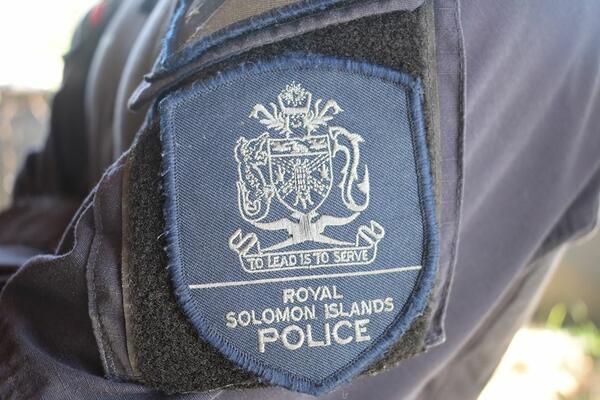 He says the PRT team trailed the male person to verify if he was one of the wanted prison escapees while continuing to ask him to stop saying they were police officers and that they wanted to talk to him.
Source: Supplied
Share
Thursday, 09 January 2020 09:17 AM

“As part of the ‘Hunt Man’ Operation following the escape of three inmates from the Correctional Services Solomon Islands (CSSI) Rove Prison, the Police Response Team (PRT) deployed as part of the Operation given the believe that the three escapees are armed, received information between 8 pm and 10 pm on the night of Monday 6th January 2020 that one of the wanted persons has been sighted in the Tenaru area.

"Prior to arrival at the Tenaru School Bus stop the PRT team met a male person which matched the description provided by the informant earlier that evening.

He says the PRT team trailed the male person to verify if he was one of the wanted prison escapees while continuing to ask him to stop saying they were police officers and that they wanted to talk to him.

"The male person refused to stop and kept on running as a result fell down three times and injured his left ring finger. He kept on running despite repeated calls to him from the PRT officers that they were police.

"At a distance of about 20 to 25 metres it became suspicious that the person might be the wanted prison escapee as a result one of the PRT officers used the Use of Force option available at that time, which is a less lethal bean bag round to stop the male person from fleeing into the dark vegetation."

Acting Commissioner Mangau says that the PRT officer discharged less lethal rounds before the male person fell down and slowly raised both hands on his head and stood up and identified him to the PRT operators. Unfortunately he was not the wanted person.

As part of the duty of care, the PRT officers took the male person to the Hells Point Explosive Ordnance Device facility where he was given first hand medical treatment by PRT medics.

The male person sustained an injury to his left hand ring fingers when he fell down. He also sustained one bruise on his back as a result of one of the bean bags hitting him. After the PRT team gave the male person medical assistance he was asked if they will transport him to the National Referral Hospital in Honiara for further medical attention.

The male person refused and stated that he wanted to be dropped off at his aunt’s home in the Tenaru School area. The PRT team dropped him where he wanted to go.

Mangau says that members of the public who may have any complaint against the actions of the PRT in this particular incident are welcomed to file a complaint with the RSIPF Professional Standards and Internal Investigation (PSII). PSII are conducting a preliminary inquiry in to the incident.