UN75 Conversation to Begin in Pacific 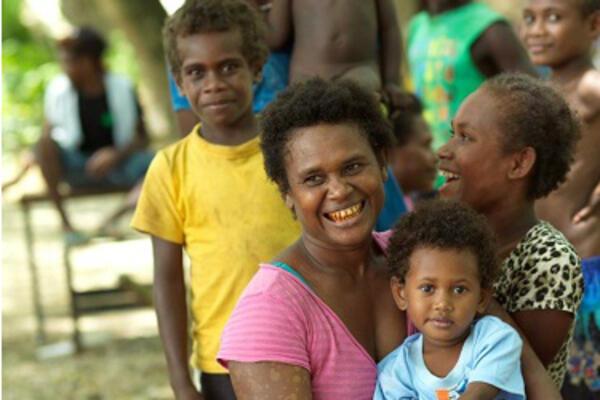 While UN75 seeks to drive conversation in all segments of society - from classrooms to boardrooms, parliaments to village halls - it will place special emphasis on those whose voices are too often marginalized or not heard in global affairs.
Source: ifrc.org
Share
Wednesday, 04 December 2019 07:59 AM

United Nations Secretary-General António Guterres has announced that next year’s commemoration of the 75th anniversary of the United Nations will feature a large and inclusive global conversation on the role of global cooperation in building the future we want.

The Pacific has been selected as one of the first regions in the world to pilot the UN75 local dialogues starting in January 2020.The UN75 initiative seeks to spark dialogue and action on how we can build a better world despite the many challenges we face. The aim is to reach the global public; to listen to their hopes and fears; and to learn from their experiences.

While UN75 seeks to drive conversation in all segments of society - from classrooms to boardrooms, parliaments to village halls - it will place special emphasis on those whose voices are too often marginalized or not heard in global affairs. This include people from religious and faith-based communities; people in sport; prisons; mental health facilities; schools; universities; the fashion industry; local music, poetry and film communities; youth; local arts communities; traditional landowners and custodians; people living with disabilities; LGBTIQ communities; women’s groups; individuals [especially women and girls] working in STEM (Science, Technology, Engineering and Medicine]; indigenous and provincial leaders; and many more.

Conversations will be structured around a range of current global trending themes such as climate change, peace, the impact of digital technologies, inequality and shifting demographics. These are planned to take place through Talanoa style dialogues in village halls around the country, youth community bloggers, radio call in shows, online surveys, interactive social media, consultations in maritime islands, school events, focus group discussions, photo and drawing expressions, multi-faith discussions and a range of other channels.

While country population sizes may be relatively small throughout the region, the Blue Pacific - because of both its geographical size as well as its geostrategic importance – offers an extremely unique and important perspective in the pursuit of global solutions. UN Secretary General, Antonio Guterres said during his Pacific visit in May of this year that the Pacific is on the front line of climate change and thus had a unique moral authority to speak out. “It's time for the world to listen,” he said.

Sanaka Samarasinha, the UN Resident Coordinator for 10 countries in the Pacific added, “We want to hear what the people of Solomon Islands want for themselves and their grandchildren and what international cooperation can do to deliver a future where no one is left behind.”

The views and ideas generated will be presented to world leaders during the 75th Session of the General Assembly in September 2020 and disseminated online and through partners on an ongoing basis.

Through the upcoming dialogues, UN75 aims to build a global vision for the year 2045, the UN's centenary; to increase understanding of the threats to that future; and to drive collective action to realize that vision. Global opinion polling and media analysis will be conducted in parallel to provide statistically representative data.