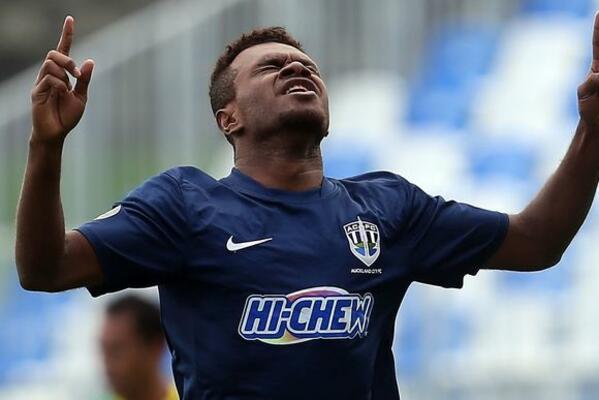 Lea'alafa, who also last played for Auckland City, will add some power to the Maritzburg front line.
Source: RNZ
Share
Thursday, 25 July 2019 08:19 AM

Claasen joins after being released by BidVest Wits, but has also played in the Netherlands, Germany, Poland and Belgium.

"Daylon is a player who comes with both European and PSL experience, and someone our coach [Eric Tinkler] believes will suit our style of football very well," Maritzburg chairman Farook Kadodia told his club’s website.

"A creative player with superb technique and vision, he will complement the attacking players we have at the club.

"A solid professional of good temperament, we believe Daylon will fit in nicely with the ethos of Maritzburg United and are excited about seeing what he can do for us on the field next season."

Morgan, 28, arrives from Auckland City in New Zealand, and will fill in a problem position for the club.

"The club has struggled for a while for a specialised left-footed fullback," Kadodia said.

"We believe Dan Morgan will give us the attributes required in this position, and this will increase the coach's options in terms of defensive formations as the season progresses.

"He comes with good pedigree and will also be an asset when defending set pieces."

Lea'alafa, who also last played for Auckland City, will add some power to the Maritzburg front line.

"Micah is an attacking midfielder or winger and we believe he will be a good fit for the team and combine well with the other midfielders we have and will provide the X-factor we’re looking for on the front line,” Kadodia added.

For a wide player, Lea'alafa has good goal-scoring pedigree, with 36 scored in 77 appearances previously in his career.