Solomon Islands Drawn Alongside Italy, Paraguay and Mexico in U17 FIFA World Cup 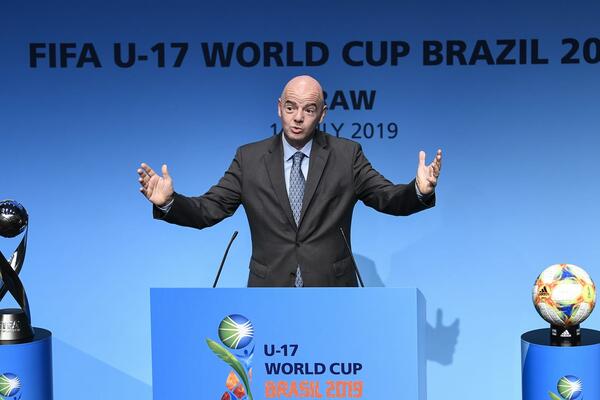 The draw for the FIFA U-17 World Cup Brazil 2019 took place on Thursday 11 July at the Home of FIFA in Zurich, where the 24 participating teams learned who their group rivals would be in their quest to become world champions.

The ceremony was attended by FIFA President Gianni Infantino and FIFA Legends Sonny Anderson and Celestine Babayaro, two veterans of this competition.

“This tournament was very important for our future,” said the Brazilian Anderson. The Nigerian Babayaro, who lifted the trophy in 1993, said, “It's a great opportunity, which young players should grab with both hands.”

FIFA.com takes a look at the make-up of the six groups.

Brazil find themselves in an interesting foursome as they seek to deal with the pressure of playing at home and a disappointing showing at this year’s South American U-17 Championship. Opponents Canada arrive as CONCACAF semi-finalists with an exciting group of young players, while New Zealand are the reigning Oceania champions. Angola, for their part, are the only African side making their debut this year after their best ever performance at the Africa U-17 Cup of Nations.

Nigeria, the most successful team in the competition’s history, did not have their best qualifying campaign and will face a determined Hungary side returning to the competition after a 34-year absence. Also in this section are Ecuador, who played some fine attacking football during their regional qualifiers, and Australia, who recovered from a poor start in Asian qualifying to reach the semi-finals and claim a spot in Brazil.

Two-time Asian champions Korea Republic will begin their campaign against surprise finalists Haiti, who performed admirably during CONCACAF qualifying to reach only their second U-17 World Cup. With a very promising generation of players to choose from, France look like a potent rival for anyone, while Chile showed their mettle in the South American Championship, where only goal difference denied them top spot.

You could make the case that this is the toughest group of all. CONCACAF runners-up USA face a formidable rival in two-time defending European champions the Netherlands. Also in the mix are Asian holders Japan as well as a dangerous Senegal side with some explosive talent.

Another candidate for the most competitive section is Group E. Spain are renowned for the quality of their youth players and start off against South American champions Argentina in a match that could shape the outcome of the group. With them are Cameroon, who were miserly in defence in winning the African title, and a dangerous Tajikistan side who surprised many in qualifying.

UEFA runners-up Italy will have an exciting generation of young players to select from, and they will need the very best when they go up against a tough Mexico side with a proud record in this competition. Paraguay, who always battle hard, will also fancy their chances of progressing, while Solomon Islands will be hoping to rediscover the free-flowing football that captivated Oceania fans and earned them a maiden U-17 World Cup appearance.