Another Environmental Disaster in Rennell 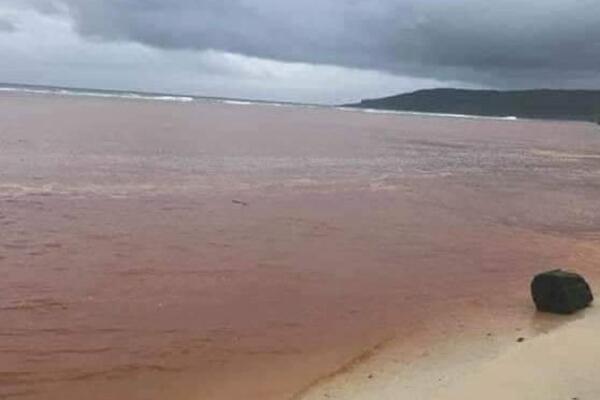 Experts say accidental spills of bauxite during the loading process could leave the ocean floor covered, making the water murky. This, in turn, could damage or kill corals that need sunlight to survive and attract fish the locals depend on for food.
Source: Supplied
Share
Tuesday, 09 July 2019 08:12 AM

For the second time in six months, an environmental disaster is threatening the livelihoods of the people in Rennell.

The Island Sun’s reporter Mike Puia says that the barge capsized in Kangava Bay, close to where the MV Solomon Trader grounded in February.

Mr Puia said the bauxite was mined by the same company that chartered the cargo ship.

"On Monday morning there was a barge capsized. There was an excavator inside. According to those who are living in the village, it fell off from the barge with an unknown amount of bauxite. The bauxite was dug by Bintan Mining Company."

The accident happened close to the reef where the cargo ship grounded, Mr Puia said.

"Its very close to Lavangu Beach. That's the main port of the island."

The Solomon Islands National Disaster Management Office said it had not received a complaint about the bauxite spill. Bintan's parent company, the Indo Bauxite Mining Corporation, has not commented on the matter.

University of Technology Sydney water and ecology expert Martina Doblin told the Guardian that the bauxite powder was likely to smother and bury what is on the ocean floor and will be spread around in tidal currents.

“It could limit the amount of light, so the water is cloudy and that means less light penetration for coral and sea grasses … it would have a harmful effect,” Doblin said.

“Normally fish come to where the coral are, so if the coral dies, they won’t be there, and [will lose the reef protection],” he said.

Experts say accidental spills of bauxite during the loading process could leave the ocean floor covered, making the water murky. This, in turn, could damage or kill corals that need sunlight to survive and attract fish the locals depend on for food.

With RNZ and The Guardian