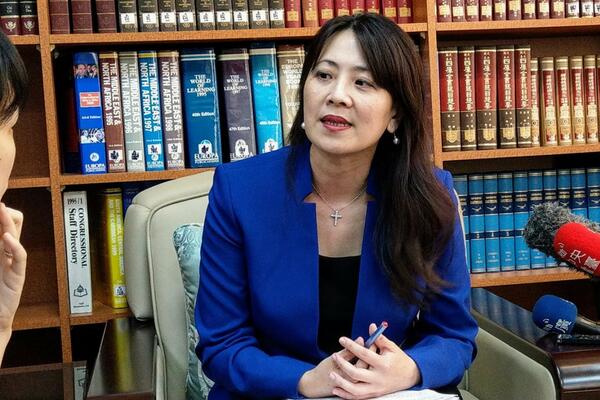 A delegation of government officials from the Solomon Islands who visited China were there to study the timber industry, Taiwan's Ministry of Foreign Affairs said yesterday, adding that Taiwan’s relations with its Pacific ally are strong and stable.

Several media outlets have reported that a delegation led by the Solomon Islands’ minister for forestry and research, and minister for mines, energy and rural electrification visited China last week.

The visit came at a time when the Solomon Islands is considering whether to maintain diplomatic ties with Taiwan or switch recognition to China.

Taiwan's Foreign Affairs Ministry deputy spokesperson Joanne Ou downplayed the visit, saying that it was aimed at conducting a survey of the timber market in China, the Solomon Islands main export destination.

She also stated that the Solomon Islands government went out of its way to ensure the trip was made public.

Radio New Zealand on Monday reported that the Solomon Islands has launched a 100-day assessment of its priorities, adding that a bipartisan task force would conduct a review of its ties with Taiwan.

It cited Solomon Islands Prime Minister Manasseh Sogavare as saying that he was confident that the task force would provide an in-depth analysis to help develop an approach for the government to enhance its diplomatic engagements and leverage opportunities for the country.

On June 5, Sogavare told Australian Broadcasting Corp that “we have this relationship [with Taiwan] premised on some important fundamental principles with the United Nations, and it would be sad to see us moving away."

Taiwan says that most of the lawmakers on the Solomon Islands’ 50-seat parliament support maintaining diplomatic ties with Taiwan.