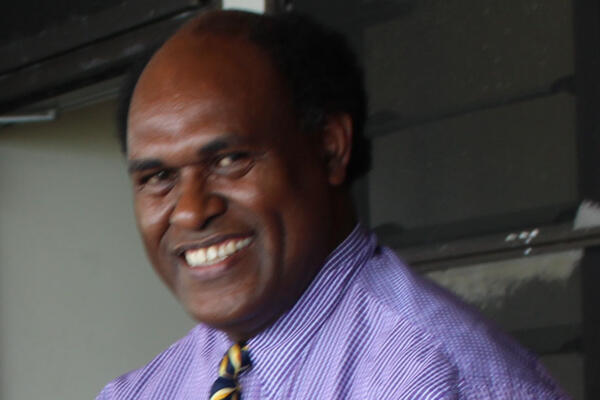 1. John Maneniaru who is the Deputy Prime Minister and Minister of Fisheries and Marine Resources;
2. Jeremiah Manele – Minister for Foreign Affairs and External Trade;
3. Harry Kuma – Minister for Finance and Treasury;
4. Lanelle Olandrea Tanangada –Minister for Police, National Security and Correctional Services and
5. Fredrick Kologeto who took up the Ministry of Public Service portfolio

The five Ministers took their oaths before Governor General Sir Frank Kabui yesterday. It is understood the Prime Minister will also name his remaining eighteen Cabinet members later this afternoon.

The establishment of the executive is an important one, in that Cabinet's role is to direct government policy and make decisions about national issues.

The Prime Minister says that what people have been raising has not fallen on deaf ears, and the government has listened, and will listen. The government has within its rank’s MPs with the necessary experience and qualifications to tackle some of the pressing issues faced by the country.

Many have been critical, mainly because a good majority of them were from the previous government. But perhaps it may be different this time, there is a sense of urgency expressed by many – so we should be hopeful that our government will now listen.

“Every nation gets the government it deserves,” the words by 19th century French philosopher Joseph de Maistre is perhaps a reminder to all Solomon Islanders, (that just maybe), the character flaws of our governmental representatives might be reflective of the citizens who elect them.