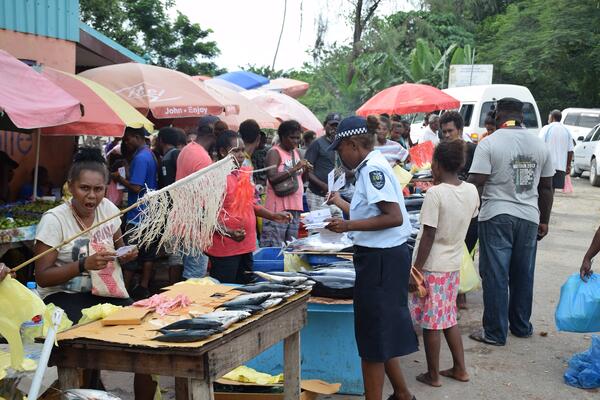 Police will not be permitting any procession or public gathering from now until the election of the Prime Minister on 24 April.
Source: RSIPF
Share
Wednesday, 17 April 2019 10:21 AM

To ensure public safety, the Royal Solomon Islands Police Force (RSIPF) will not permit any application for a procession or public gathering to be held in Honiara City as a lead up to the election of the Prime Minister on 24 April 2019.

This follows an application from a group of youth claiming to represent the youth of Honiara for a peaceful march through the capital city in connection with the election of a new Prime Minister.

Deputy Commissioner for Operations, Gabriel Manelusi says, “Today representatives of the RSIPF met a group claiming to represent the youth of Honiara at the Rove Police Headquarters after we received a letter from them that they were planning a peaceful protest in Honiara.”

He adds: “We proposed to the youth representatives that they should take up whatever issues they have in connection with the election of the Prime Minister with their Members of Parliament. They agreed with our suggestion.”

“We call on members of the public to respect the process that is underway towards the election of a new Prime Minister. Police are mounting visibility patrols and traffic checks during the day and night to ensure there is peace in our capital city. We call on the public to also respect the liquor ban from 23 – 24 April 2019,” says DC Manelusi.