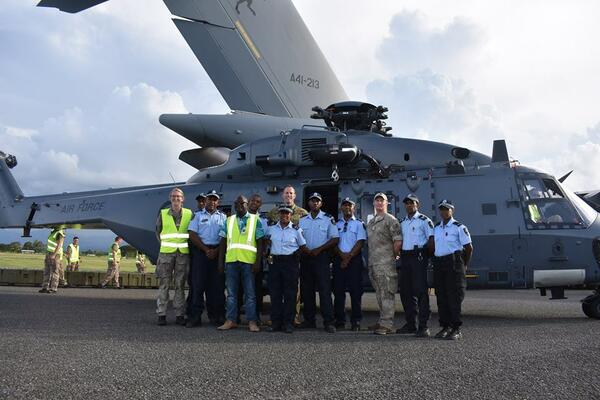 The Australian Defence Force (ADF) members have already begun assisting with some training for RSIPF members in the areas like logistics, operations, and communications.
Source: RSIPF
Share
Monday, 18 March 2019 07:20 AM

Speaking to local journalists, Police Commissioner Mathew Varley says, “This is an RSIPF led operation. Our Officers will be on the front line doing the job. We have been trained and prepared for this event and we are ready to take up the leading role.”

“The Army Personnel are not here to provide security during the NGE. They are here for logistic support only.”

The support will include, if needed: -providing air and sea-lift support across the provinces, support for communications for the Solomon Islands officials running the election.

“As you can see, the first major cargo-load of equipment arrived in Honiara on 8 March via a Royal Australian Air Force (RAAF) C-17 Globemaster aircraft. There will be a number of such deliveries, of both equipment and personnel,” says Commissioner Varley.

With that the Australian Defence Force (ADF) members have already begun assisting with some training for RSIPF members in the areas like logistics, operations, and communications.

He adds: “You can expect to see helicopters around Honiara and the provinces from the second half of this month. And also see ADF and New Zealand Defence Force (NZDF) personnel around Honiara and Henderson International Airport.”

A RAAF C-17 aircraft arrived in Honiara on 14 March 2019 bringing a NZDF NH-90 helicopter and more to follow in the coming days. These are to support RSIPF officers in their deployment to the provinces.

A Royal Australian Navy hydrographic survey ship will be in the Solomon Islands later this month.