Solomon Islands Through to FIFA U-17 World Cup 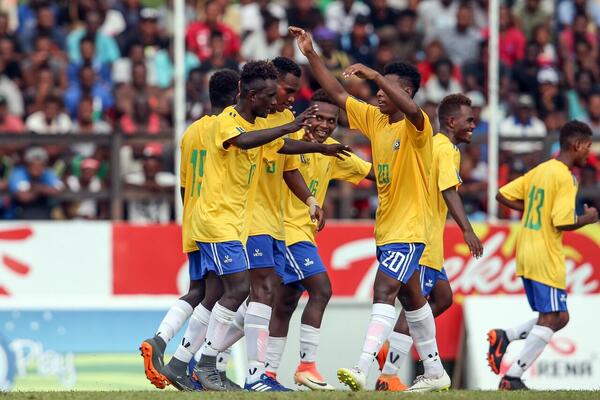 "We have been waiting for this moment for a long time," said a visibly emotional Stanley Waita. “This is the day the country is waiting for – we’re through to the World Cup.”

The Solomon Islands made history this morning as their U-16 side saw off Fiji in the OFC U-16 Championship semi-final to claim their tickets to the FIFA U-17 World Cup Peru 2019.

Solomon Islands got off to a dream start when Charles Mani scored 45 seconds after the kick-off, in what has to be a record for this competition, with a low drive.

Conceding so soon rattled Fiji and it took a fair while for the team to settle into the game as Solomon Islands controlled the action keeping Fiji contained in their half, and making sure goalkeeper Isikela Sevanaia was kept busy.

Fiji had hoped to man-mark Solomon Islands marksman Raphael Le’ai out of the match with Thomas Dunn tasked with keeping the speedy goalscoring machine under wraps.

However Le’ai had other ideas and constantly pushed to try and lose his marker, managing to create some decent opportunities for himself and his teammates.

Unfortunately for Fiji the focus on Le’ai left Mani free reign to roam the penalty area which meant when Le’ai’s 29th minute cross came in Mani was able to put it over the line with ease.

Solomon Islands’ domination continued through the first half right up until the final moments when Nikhi Pillay broke through the defence and looped the ball over an advancing Davidson Makam to become the first player to score against Solomon Islands in this competition.

That goal was what Fiji needed going into the second half as it gave them confidence against a side which had been running rings around them. With a couple of personnel changes, Fiji started looking more and more competitive forcing Makam and his backline to work a little harder than they’d needed to in the first period.

Both sides started to show signs of a long and arduous campaign as the clock ticked down but one man who never seems to tire still had enough in him to make his mark on the game.

Le’ai picked up the ball inside the Fiji half, ran at goal with Mani drawing a defender one way before he went round the other other and fired under a diving Sevanaia to bag his eighth goal of the competition.

“According to our game plan we were supposed to score early goals and we did, really early maybe 50 seconds in. Then we sat back and allowed Fiji to have a bit of pressure on us,” Waita said.

“Fiji scored but the good thing about my boys is they kept working, the whole department working.

“We were looking for another goal and finally, Raphael scored his eighth goal for this tournament which is big. Big, big.”

Obviously disappointed his side won’t be heading to Peru, Yogendra Dutt still praised the journey his side has taken to get this far.

“What I have learned throughout my career is one thing is winning, and another is satisfaction,” he explained.

“We are really satisfied by the performance given by the boys. This is what they could do, this is how far they have come.

“We are pleased and proud of the performance and I know that in the future these boys will become a big force if they can stay together.”

Dutt admits conceding within the first minute of the match definitely made things more difficult than they had hoped.

“We could say we gave the two games away, it was very easy. It’s international football and a semi-final too. Coming back is a really difficult task.

“We managed to pull one back and all things were going well until that third goal.”