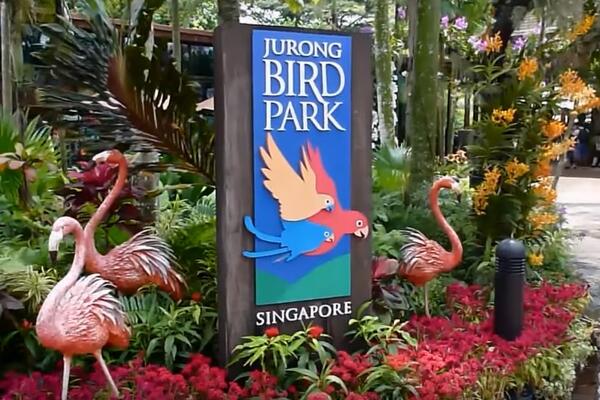 Jurong Bird Park is a world-famous bird zoo where there are specimens of magnificent bird life from around the world.
Source: Supplied
Share
Wednesday, 22 August 2018 08:28 AM

About 60 Santa Cruz Ground-Doves have been shipped from Solomon Islands to Singapore’s Jurong Bird Park to form an assurance colony with the hope of repopulating their homeland.

These were among a 112 doves rescued from poachers. The transfer to Singapore has become the last hope for the doves after a volcano eruption wiped out a large proportion of the species native to Tinakula, one of Solomon Islands’ numerous isles.

The doves are currently undergoing a one-month quarantine at the bird park. Thereafter, they will be on display at the park’s Wings of Asia exhibit, which houses other threatened birds from the Indo-Pacific region such as the Bali Mynah, Black-winged Mynah, Edward’s Pheasant, Blue-crowned Laughingthrush and Straw-headed Bulbul.

Jurong Bird Park is an aviary and tourist attraction in Jurong, Singapore. The bird park, managed by Wildlife Reserves Singapore, covers an area of 0.2 square kilometres (49 acres) on the western slope of Jurong Hill, the highest point in the Jurong region.

Jurong Bird Park is now a world-famous bird zoo where there are specimens of magnificent bird life from around the world, including a large flock of flamingos. It is currently the world's largest bird park in terms of the number of birds, and second largest both in the number of bird species and land area (after Germany's Weltvogelpark Walsrode). There are 5,000 birds of 400 species in Jurong Bird Park, of which 29 are of threatened species.