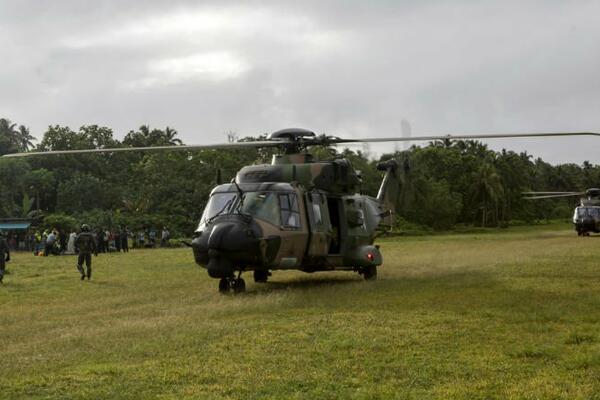 A child has been murdered and four other people seriously injured, following an ‘attack’ in Bellona Island in Solomon Islands.

In a statement, an ADF spokesperson said its Indo-Pacific Endeavour Task Group (IPE18) rescued the group following what has been described as a “violent incident” in an outlying part of the country last Friday.

The statement said there was an “attack” on Bellona Island, 200km south of the Solomon Island’s capital of Honiara, during which a seven-year-old girl was killed and four other people were injured.

Two MRH-90 helicopters with two accident and emergency teams on board and five Royal Solomon Islands policemen were dispatched from HMAS Adelaide around 6.15am on Saturday local time.

They returned to the ship about three hours later with four patients: three males aged 16, 59 and 68 and a 34-year-old female.

All had deep laceration wounds and were transferred to the Honiara Referral Hospital in stable conditions.

“We were asked to help retrieve the injured and bring them to hospital in Honiara for further treatment,” Captain Hutton said.

“I’m pleased that we had the capability to be able to assist in such a critical situation.”

“The operation highlights the value of what we are doing in the region, the capability that we have and our commitment to do all we can to help our friends in times of need,” Captain Hutton said.

The exact circumstances surrounding what has been referred to as a “violent incident” and an “attack” are not yet known.