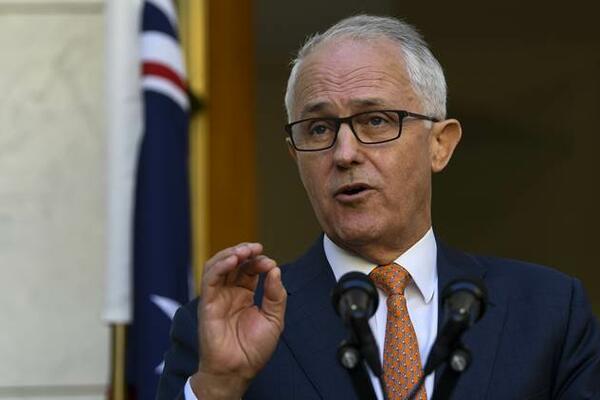 Turnbull said in a press conference Tuesday that the High Commissioner of Vanuatu had assured the Australian government no Chinese requests for a military presence had been made.
Source: indianexpress.com
Share
Wednesday, 11 April 2018 07:52 AM

Turnbull said in a press conference Tuesday that the High Commissioner of Vanuatu had assured the Australian government no Chinese requests for a military presence had been made.

"The maintenance of peace and stability in the Pacific is of utmost importance to us," he told reporters.

The small island nation of about 282,000 people sits in the South Pacific, close to Australia, New Zealand and Papua New Guinea. Any Chinese military presence could see warships based less than 2,500 kilometers (1,553 miles) from Australia's coast.
It has long been a large recipient of Australian government aid, but in recent years has received hundreds of millions of dollars in loans and grants from the Chinese government.

The suggestion that China was looking to establish a base in the South Pacific nation, as first reported by Fairfax Media Tuesday, was met with denials from both Vanuatu and Australian government officials.

Australia's Foreign Minister Julie Bishop also tried to quell fears of an increased Chinese military presence in a region which has traditionally been under Canberra's sphere of influence.

"I remain confident that Australia is Vanuatu's strategic partner of choice," Bishop told the Australian Broadcasting Corporation (ABC) on Tuesday.

But Australian broadcaster, Nine News, separately quoted a senior defense official on Tuesday claiming the Chinese government had "certainly expressed its interest" in a greater military presence in Vanuatu.

The Vanuatu government denied the reports on Tuesday, slamming suggestions there were any talks between the two countries along those lines.